Cannabis legalization in the US: yes or not. On November 8 Americans from five states were asked if they wanted the cannabis legalization for recreational use. California, Massachusetts, Nevada and Maine said “Yes”, and Florida, Arkansas, Montana and North Dakota voted to regulate the medical use of cannabis. But what does this mean for growers and consumers? 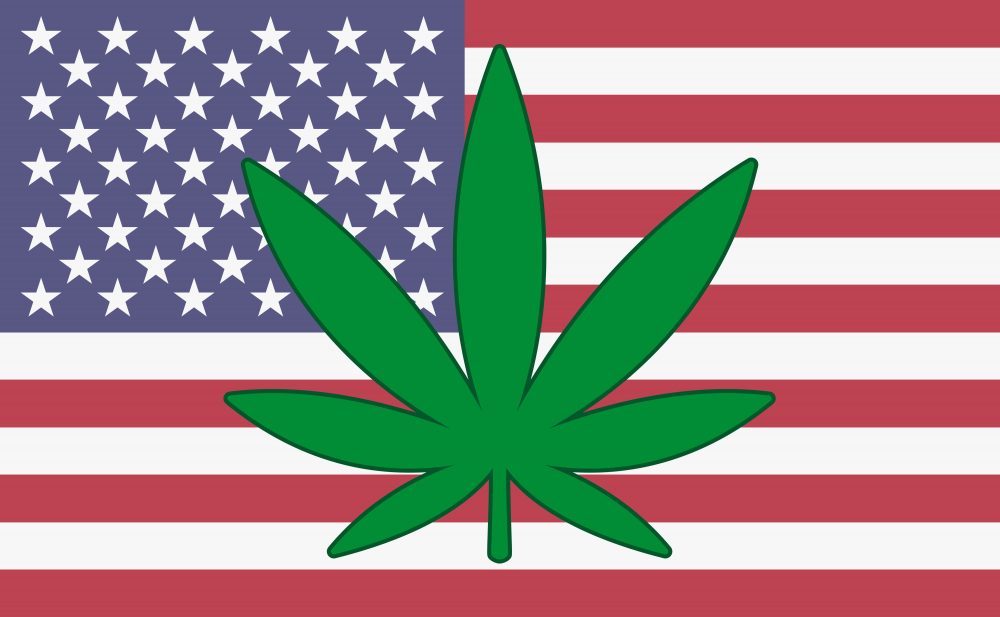 On November 8 the states of Arizona, Maine, Massachusetts, Nevada and California decided at the polls whether to legalize cannabis for recreational use. All of them said "Yes," except for Arizona, where the "No" side received 52% of the vote. Las Vegas (Nevada) could now become a mecca for cannabis lovers, and the cannabis sector's arrival on the free market is expected to have a major impact on the national scene, especially in the case of California, the world's sixth largest economy and the country's most populous state. Meanwhile, in Florida, Arkansas, Montana and North Dakota votes were held to regulate the therapeutic use of cannabis, and the proposals passed in all of them.

It was already legal in ...

The recreational use of cannabis was already legal in Alaska, the District of Columbia, Colorado, Oregon and Washington, since 2014, where the use of cannabis is regulated and subject to taxation, in a way similar to alcohol. According to analysis by the Marijuana Policy Group, cited by CNN, the legalization of the recreational use of cannabis in these states has significantly bolstered their economies. "The cannabis industry created more than 18,000 full-time jobs in 2015 and generated economic activity worth 2.39 billion USD in Colorado," the report states.

Legalization of cannabis means that ...

The increased regulation of the substance could mean millions of dollars in revenues for the state's coffers. This was predicted for the State of Colorado in 2014, the first in the world began to regulate the legal sale of cannabis for recreational purposes. In the first year they raked in 44 million dollars in taxes, though when the law was passed forecasts called for even more: over 70 million. Thus, this kind of economic growth is also expected to occur in the four states that have opted to regulate the recreational use of cannabis. Of course, the imposition of taxes on a product that used to be sold without government intervention will mean increases in the prices for cannabis, and inevitable economisation by growers in order to control them. As for growers, the regulation also means that growing fields must now comply with existing environmental legislation in each state. New oversight and the surveillance of fields will result in significant fines for those failing to comply with regulations.

Of all the votes on November 8, the most important was Proposition 64 in California, as the Golden State is the nation's largest, with a population of almost 40 million. Its size, and the fact that it is an economic powerhouse, representing the world's sixth largest economy, means it is bound to generate a market worth billions of dollars annually. This new law represents an expansion of the step taken 20 years ago when the state legalized the medical use of cannabis, and a reversal of the last vote on the issue: six years ago Californians turned down a similar proposition. Of course, this approval does not mean that California is going to sanction an unregulated marijuana market. While the initiative permits the possession, transport and purchase of up to 28.5 grams, it is subject to a 15% tax. And though citizens will be able to grow to six plants at home, they may not be publicly visible or accessible.

The measure now having been approved, it will be legal for adults 21 and older to consume, plant and sell cannabis. These commercial activities shall be regulated by the authorities with a 15% tax and an additional charge of $9.25 per ounce. It will not be legal, however, to smoke on the street or in public places, violations punishable with a $100 fine. The penalty for selling the drug illegally will also be reduced, from the current four years in state prison to six months in a county jail. The result is great news for businesspeople, who strongly backed this measure from the beginning. According to the AFP, various sources indicate that the cannabis business will generate 7.6 billion dollars a year through direct sales to consumers until 2020, not to mention other indirect revenue streams, such as T-shirts and souvenirs. Currently the measure only allows cannabis to be sold by state-licensed companies. A deadline has been set – January 1, 2018 – to begin issuing licenses to retail vendors of recreational cannabis, who will have to pay two new taxes: one on crops, and another on the sale of the plant and its derivatives.

The downside of the regulated cannabis market

The cultivation of cannabis has long been an important force propelling California's economy. A product of the existing legal vacuum until now, the driving forces behind economic activity have been small farmers, professionals who have anonymously cultivated the green plant. A recent survey by the California Growers Association shows that of the 750 farmers operating in California today, only 31% supported the new bill, 31% were opposed, and 38% were undecided.

Why cannabis growers have opposed Proposition 64

One reason is the high costs to be borne by farmers, who will now be forced to adapt their crops to comply with environmental regulations. Now that Proposition 64 has passed, the damage caused to the environment from draining local rivers for irrigation, and the pollution of local waters with pesticides, will be grounds for the revocation of growing licenses. Fines for committing environmental offences could range from $20,000 to $100,000 per farm, difficult amounts for small local farmers to pay, which would knock them out of the picture. This measure, despite its good intentions with regards to environmental protection, could give way to a monopoly in the sector by large corporations (which would be able to survive such penalties), and lead to the extinction of small producers, thus far those underpinning California's cannabis industry. Another factor that would place local producers at a disadvantage would be the taxes they would have to pay on their cannabis: $9.25 per ounce of flowers and $2.75 per ounce of leaves, costs that would significantly undercut their profit margins.

For growers the most relevant consequences are twofold:

The illegal fields which small farmers had previously worked will have to be modified to meet the state's environmental regulations, with all the costs this means for the owners of these farms, which flourished when they supplied a black market. They will have to comply with new regulations governing their fields' measurements and their irrigation systems.

The doors have been opened up for new growers, and the potential business volume is an opportunity that major seed corporations are not going to overlook. As in other industries, large seed companies, like McDonalds in the restaurant sector, will have enough economic clout to acquire large tracts of land on which to operate, and to withstand the fines imposed for violating environmental regulations. It now remains to be seen which companies want to enter the market, and which small farmers will be able to remain in a sector they have formed part of for years. This question will be answered by 2021, as the state has five years to issue the licenses.