Producing a kg of cannabis in an indoor cultivation emits 4600 kg of carbon dioxide and producing a marijuana cigarette is like leaving a bulb on during 25 hours. These kinds of cultivations need so much water and energy to work that it could be harmful to the environment. However, there are many ways to minimize their carbon footprint. 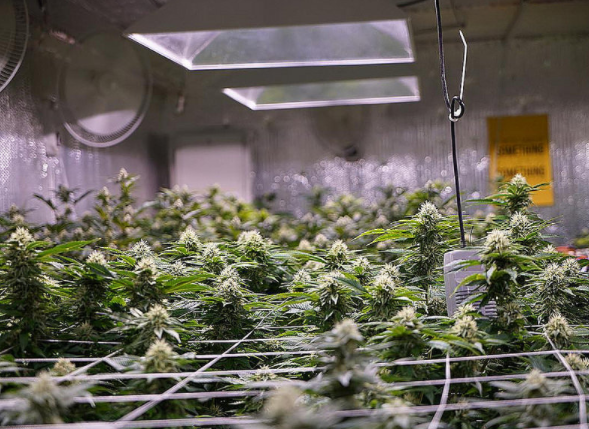 On average, producing one kg of processed cannabis indoors leads to the emission of 4600 kg of CO2 to the atmosphere. This measure is what is known as carbon footprint, a variable that measures the total amount of greenhouse gas emissions produced by human activities. For example, producing 1 kilogram of cannabis is equivalent to crossing the USA from coast to coast seven times by car. If we're talking about a single joint, instead, we could say that it's like leaving a light bulb on for 25 hours or like elaborating 8.5 L of beer. There's also the issue of water because, despite being surprisingly resistant, cannabis may need to be provided with lots of it, depending on the structure and the pot size. More and more countries are removing all restrictions regarding the use of cannabis, both for recreational and therapeutic use. In the States, where many territories have actually removed those restrictions, almost 2 out of 3 citizens are in favor of decriminalizing it, according to a recent report made by the consulting company Gallup. The figures, about 65 % of the population, are the highest in the last 50 years. With less fear of possible reprisals, an ever-growing market and an increasingly-open society, the cannabis industry has to increase its production levels. It is also true that more and more cannabis users are starting to grow their own plants, either at home or in the open air. This trend is driven by the pursuit of security and the desire to have a better control over the process and the yields. Unfortunately, though, this growing tendency can also lead to severe environmental damage: in order to grow, plants need a lot of energy that costs not only the owners but also the planet a lot. According to an investigation, published in 2011, the cannabis industry consumed 1 % of the total amount of energy consumed in the entire USA, a figure that supported another research study made last year claiming cannabis cultivations to consume $6 billion every year in energy, which is the amount of energy needed to supply 1.7 million homes.

Around half of this huge energy consumption is associated with lighting and temperature control processes, which are so necessary for growers to make sure the conditions are just perfect for their plants to thrive. The use of high-consumption light-bulbs, such as high pressure sodium lamps (HPS), together with air conditioners, dehumidifiers, fans or carbon dioxide generators, makes electricity costs rise sharply.

Strategies for reducing the carbon footprint

In the words of Evan Mills, a Californian scientist specialized in climate change and energy, the cannabis industry could increase the efficiency of almost any stage of production. And increasingly more companies and individuals are doing their bit to reduce the carbon footprint of cannabis cultivations. Indoor crops are the ones that consume more energy and so the ones that cost the most. According to Mills, when growing cannabis indoors, six times more energy than the pharmaceutical industry is used, generating 15 million tons of carbon, which is the equivalent of the total emissions of three million cars. However, there are many ways to reduce the electricity costs thanks to a wide variety of science and technology-based innovative solutions. Although it's possible to use LED lights instead of HPS lights because they consume far less energy, it is true that plants don't produce equally generous crops. However, the lamps manufactured by the company Boulderlamp use less than half the energy of an HPS 100 W lamp. With a 315 W lamp of this manufacturer, the yield could be increased by 25 % while saving 45 % of energy, according to its founders. Some 'startups' have also come up with several ways in which cannabis growers could reduce their cultivations' carbon footprint without it affecting the product's quality. One of them is Scale Energy Solutions, who has created a system that mixes solar light with natural gas to lower the energy consumption of indoor cultivations by as much as 35 %. One of their secret consists in using the excess heat from the generators to supply air conditioners. 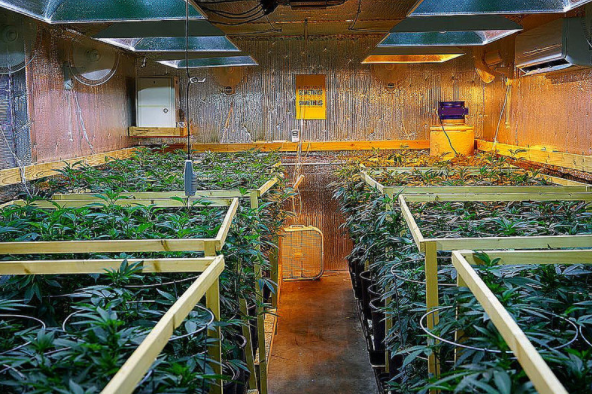 Another company committed to environmental sustainability is GrowX, also focused on increasing the efficiency of indoor cultivations. For that, they develop hydroponic growing systems with sensors, lights and meshes connected to an intelligent network that reduces the consumption of energy and water. This technology makes it possible to specify the dosage of nutrients each plant needs, while adjusting and controlling the air temperature, the humidity, the pH and the amount of carbon dioxide released.

Using nature as a source of supply

There are still many growers who'd rather grow their cannabis plants outdoors to take advantage of the sunlight and the natural nutrients in soil. With no artificial light required, open air cultivations can turn out to be three times cheaper than indoor crops. The trouble is that many areas and climate zones may not be suitable for cannabis plants to grow, or maybe some state's policies aren't in favor of the cultivation of cannabis plants outdoors. A really successful example of this zero-carbon footprint marijuana cultivation thing is the one of Rob and Linda Trotter, an American couple that grows cannabis in their Ranch in Colorado using environmentally friendly techniques. All the energy their Ranch needs comes from a hydroelectric plant and plus their land benefits from incredibly favorable conditions: they're located at a height of 8200 feet, water comes directly from a pristine and there are incredibly large quantities of nutrients in soil as a consequence of the organic materials produced by the animals. 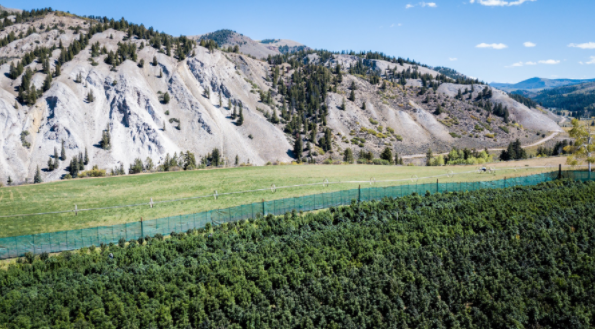 Because of the sun serving as a natural light source for their cannabis plants and their amazing elevation (12500 feet above sea level), the cultivation receives very intense ultraviolet light. Thanks to their outstandingly efficient way of managing the available resources, this couple has been recognized by the government in several occasions. In 2014, their Ranch was actually named Large Acreage Conservationist of the Year, so they launched their own cannabis brand: Pot Zero, emphasizing the concepts of zero-carbon footprint and responsible farming.

How much policies matter

Trotters aren't lucky just for their environment. In 2014, Colorado became the first state, and place in the entire world, to legalize the sale of marijuana to anyone 21 or over. Since then, this couple has expanded their cultivations, always using environmentally-friendly 100 % sustainable techniques in their zero-carbon footprint crops and avoiding the use of artificial chemicals. For Mills, "the legalization of cannabis is probably the only way to resolve the problem, only if politicians would face it". Last year, when the voting led to the legalization of recreational marijuana in 8 states, including California, Florida and Massachusetts, he said: "So far some of the progress made to fight climate change has been focused on putting an end to deforestation and politicians still continue ignoring the increasingly big carbon footprint caused by the industry". That's why the measures aimed at improving the sustainability of cultivations or the use of more efficient technologies aren't the only necessary steps to take if we want to minimize the carbon footprint of cannabis crops. The decriminalization of cannabis use would help have a better control over the energy costs, put some limits to the industry and reward energy-efficient growers while making the most of the surrounding resources.
17/11/2017