Plastic is (for now) an integral part of our lives and also one of the major environmental problems of our time. So why is plastic made from polluting materials instead of renewable ones? Could we replace fossil fuel resources by plant-based plastic?

Despite the urge to reduce, reuse, and recycle materials, the world's thirst for plastic is unquenchable. The negative effects of global warming are not only increasingly more noticeable but regular plastics are starting to accumulate in the environment and even become part of the food chain. That plastics have a major impact on human health as well as on our planet is beyond doubt. So something needs to be done to protect future generations.

Inspired by this, recent technologies and changes in sustainability policies have opened the door to a new generation of green polymers that no longer depend on petrol. These bioplastics are renewable, sustainable, and are usually made from agricultural products.

You may have possibly heard about industrial hemp having lots of different uses, from clothing to paper manufacturing. What's particularly surprising, though, is that, with virtually all scientists agreeing to the replacement of fossil fuels, this crop is not further exploited.

Hemp contains around 65-70% cellulose (wood contains 40% cellulose, 65-75% flax, and cotton up to 90%) and makes a highly promising material due to its low environmental impact. Hemp cellulose can be extracted and used to make a wide range of bioplastics (celluloid, cellophane, and rayon), which are lightweight and biodegradable and perfect for replacing many petrochemical plastics. 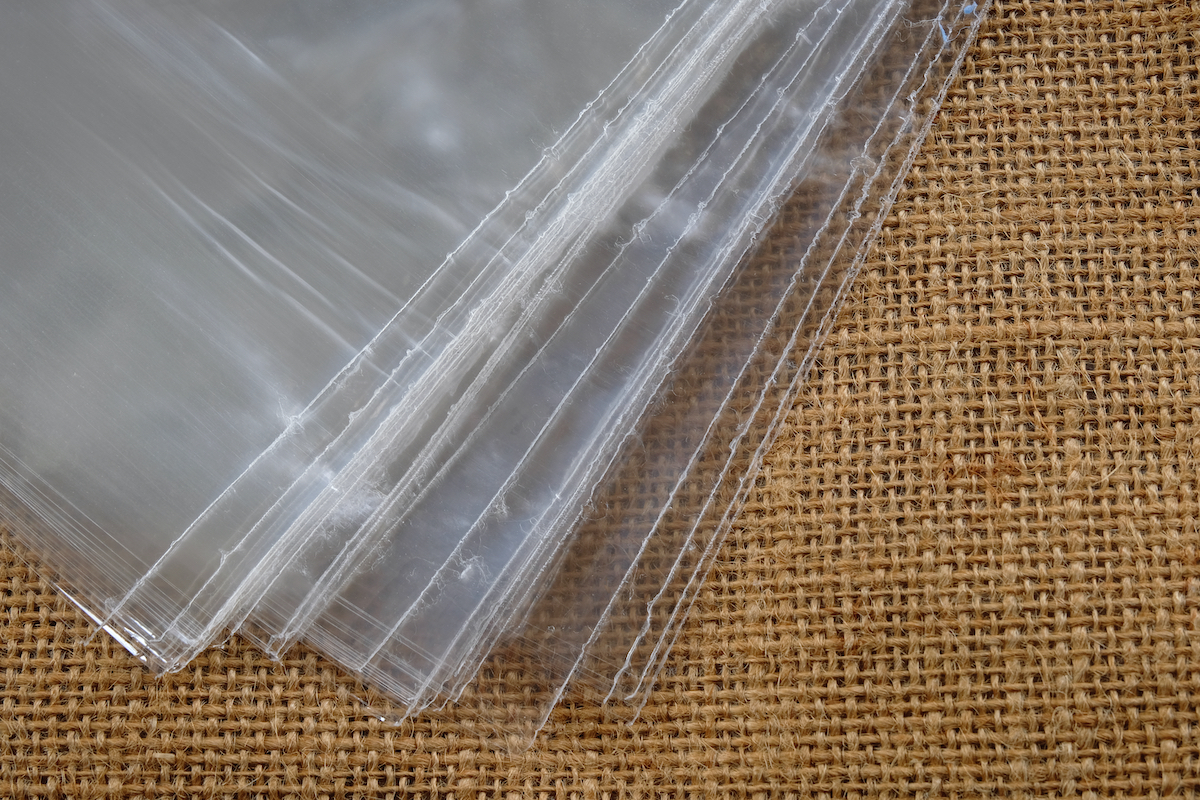 Hemp plastics can also lessen the greenhouse effect by 'locking in' carbon. As it grows, hemp absorbs CO2 from the atmosphere and turns this pollutant into oxygen before releasing it. When hemp is used for sustainable materials, this CO2 stays locked in the material, preventing it from being released. Research shows that bioplastics can reduce CO2 emissions by up to 80% compared to petroleum-based plastics.

While 100% hemp-based plastic still remains quite a rarity, some bioplastic composites made from hemp and other plants are already being used on a regular basis. Thanks to their strength and rigidity, these bioplastics are being used for the manufacturing of car parts (door panels of certain series of BMW, Mercedes, and Bugatti…), vessels, speaker systems, guitar picks, 3D printer filaments, and many more items.

Hemp-based plastic is nothing new. The very first plastics were made from organic and non-synthetic materials and, back then, cellulose was key to the emerging plastics industry.

In 1941, Ford produced a prototype that showed the enormous potential of hemp. The car's body was made from a plastic composite consisting of 70% hemp fiber mixed with straw and sisal. Henry Ford himself demonstrated the strength of hemp by beating the car with a stick and leaving no dents on it. He swore: "Why use up the forests which were centuries in the making and the mines which required ages to lay down if we can get the equivalent of forest and mineral products in the annual growth of the hemp fields?"

From 1942 on, a year after Ford prototype was launched, American farmers were encouraged to grow hemp for war propaganda in a film called "Hemp for Victory", where hemp was shown as an essential material for the manufacturing of a wide range of products, from strings and hose to soles of soldier shoes or parachutes.

After the war, though, hemp was banned again, and the slander of cannabis under the name of 'marijuana' stopped all research into its potential as a base component, right when the plastics industry was starting to take off. This gave synthetic fibers (like nylon) and petrochemical industries (such as DuPont) green light to gain control of the entire plastics market.

The many benefits of hemp-based plastic

Hemp plastic is 100% biodegradable, unlike traditional plastics. In fact, most plastic-based products will take up to 1000 years to decompose fully. Hemp plastic, for its part, only needs around 3-6 months plus it can be recycled indefinitely.

Petroleum-based plastics contain damaging toxins such as BPA, an endocrine disrupter that can cause infertility, heart disease, diabetes, obesity, and a long list of health problems. Hemp plastic doesn't contain any of those dangerous toxins, meaning it's way safer for both our health and that of the environment.

Hemp is a renewable resource that benefits the environment instead of damaging it. Hemp prevents soil erosion, reduces water pollution, absorbs toxic metals, and can be used on and on in rotation crops for improving the yield of other plants.

Compared to petroleum-based plastics and synthetic fibers, hemp plastic is 3.5 times stronger and 5 times stiffer. As a result, hemp plastics are more durable and have a lower chance of breaking, which also makes them safer. They are way lighter than regular plastic as well. 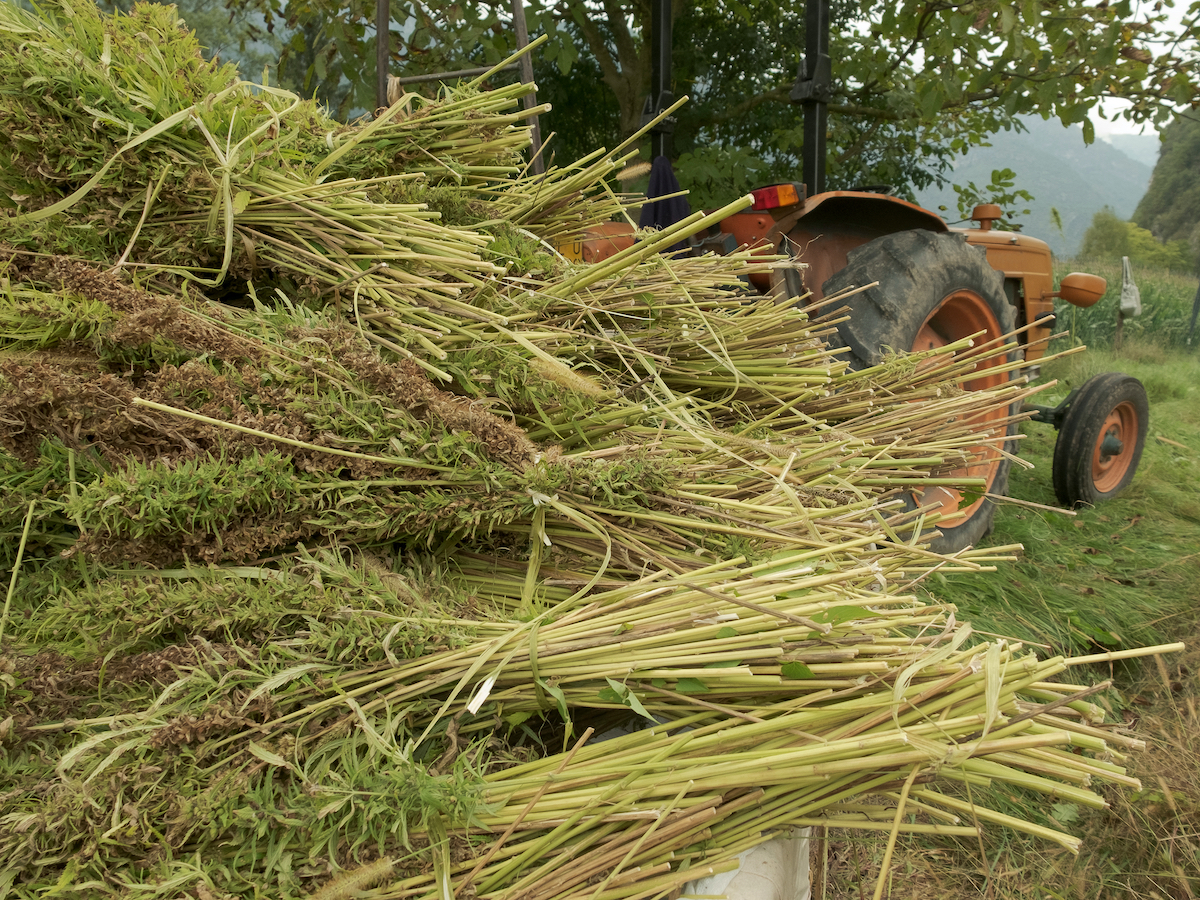 Bioplastics and their promising future

Maybe one day all the bottles in the supermarket will be made from hemp but, for now, the technology's not ready to compete say in the manufacturing of polymer resins, including polyethylene terephthalate (or PET), an industry with over 80 years' experience. A war against plastic is not just a war against the material but against the entire petroleum industry. And the global petroleum supply chain used to manufacture traditional plastics is the most sophisticated (and the most aggressive) in the world today.

The good news is that, after filling the planet with plastics, many companies are starting to invest in research on materials to replace traditional plastics, as the first to create a viable plant-based product is likely to make billions. Coca-Cola, for example, surprised the market with a 100% plant-based bottle. However, none of the bio-based products available today contains more than 30% plant material and the remaining 70% is made from petroleum.

On top of that, while the costs of fossil fuels remain low thanks to grants and subsidies, hemp products are considered luxury goods. After decades of prohibition, we still don't have the infrastructure to grow and manufacture hemp plastic more efficiently.

But thanks to the inclusion of industrial hemp in the 2018 Farm Bill, hemp prices are sure to drop and the technology will improve as more and more people in the country start to grow it. Right now, most hemp cultivations in the U.S. are used for CBD, but, instead of throwing the stalks away, they are turned into plastic. Plus increasingly more farmers are starting to experiment with other varieties that can be harvested more easily for their fiber content, which will make the shift from polymers to hemp more quickly for both manufacturers and consumers.

There's an urgent need to come up with biodegradable alternatives to petroleum-based plastics. At current rates of consumption, we can't continue filling the planet with regular plastics and hemp is one of the best raw materials from the past to save our future.