Mildew can become a real nightmare for cannabis growers as it can attack the plants without being seen. Unlike other fungi, mildew grows inside the plant’s tissue, such as its leaves and stems, and therefore it is only visible during advanced stages of growth. In this post we explain how to prevent its reproduction, what to look for to detect it early, and how to eradicate it once it has appeared. 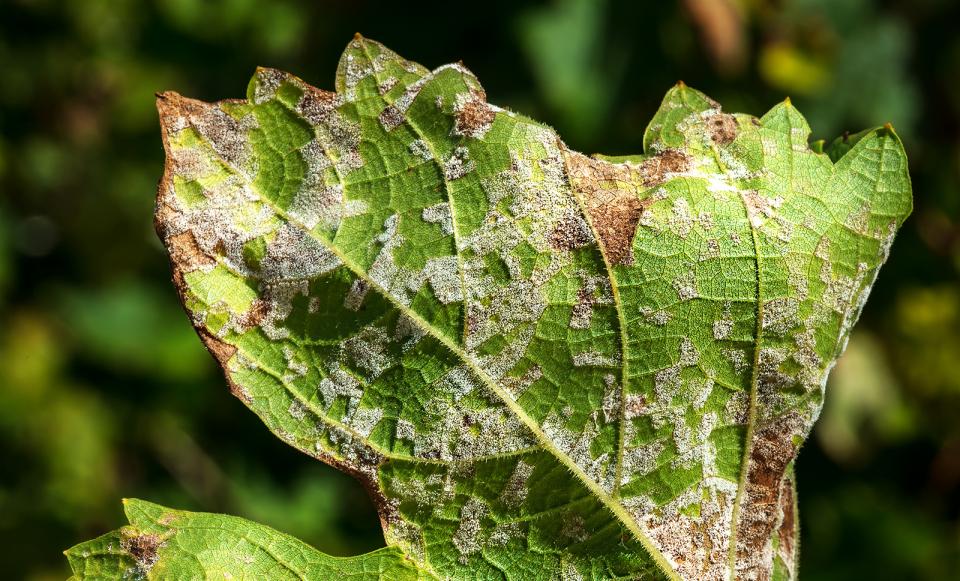 You have probably heard of it already because it is one of the most lethal infections that can attack your cannabis crop, throwing all your hard work overboard. Mildew is a disease produced by fungi that can attack not only cannabis plants but also other plants like potato and tobacco. In fact, mildew arrived in Europe from America as a host on a type of grapevine that was imported due to its resilience to other pests. Unfortunately, even though those vines that arrived in France in the mid-19th century showed a lot of strength against certain parasites, they were already infected with mildew. The most well-known grapevine mildew is called Plasmopara viticola, or downy mildew. It can also proliferate in cannabis crops through spores, particularly when humidity levels are high and the temperature exceeds 10 degrees.

Mildew is not to be confused with powdery mildew: whilst powdery mildew develops on the plant's surface, mildew grows on the inside. This is why stopping mildew in time is a difficult task, as it takes longer to become visible. In addition, it can develop in both the vegetative and the flowering phase. So how dangerous is mildew for cannabis plants? How can it be prevented? How can it be detected? How to eradicate it? Let's look into all these questions one step at a time.

How to prevent mildew

The real danger of mildew is the appearance of fungi and how quickly these spread. Mildew fungi tend to form in damaged plant mass, in warm and humid environments. The leaves that fall off the plants and the remains of a pruning session are the perfect place for mildew fungi to reproduce. Once fungi appear, they spread easily with high humidity levels and when the temperature exceeds 10 degrees; hence why mildew appears more frequently in outdoor crops during the summer months. Mildew undergoes two phases: the dormant stage, while it waits for the optimum conditions to become active; and the colonization stage, when it spreads.

These are some good practices to prevent the appearance of mildew on your cannabis crop:

How to detect mildew

The earliest sign of mildew is the appearance of whitish and yellowish spots on the leaves. These "oil stains" are more yellowy on the top side of the leaf, whereas they exhibit more greyish tones on the underside. Once plants have been infected, they lose their vigour, their growth slows down, and their leaves become yellow and eventually fall off. It is important to be careful at this point, because if white fluff appears on the leaves, this is a symptom of powdery mildew, and not downy mildew. With the latter, the stains penetrate the leaf tissue and do not appear in powder form on the surface.

Once we can see clear signs that our cannabis plants have been infected with mildew, these are the steps to follow: