We live in an age that many refer to as the ‘psychedelic renaissance’, due to the fact that scientists are rediscovering the huge healing potential of certain substances. One of these shows more potential than the rest: psilocybin, which is the active component in ‘hallucinogenic mushrooms’, and has a bright future ahead in the treatment of a series of conditions that range from addictions to other psychological conditions.

Psilocybin is an active psychotropic compound found in the fungi of the Psilocybe genus, which comprises more than 200 species that grow on all continents and which are frequently known as 'magic mushrooms'. This compound has a similar structure to that of LSD (Lysergic acid diethylamide) or DMT (Dimethyltryptamine), which are two of the most powerful psychedelic compounds known to man. Just like these, psilocybin produces hallucinogenic and euphoric effects.

These are some of the most universally recognized fungi for their psychedelic properties. However, and despite all the research studies that have proven their safety and effectiveness in the treatment of several psychological disorders, as well as their long history of use by the indigenous communities, psilocybin-containing fungi are still illegal in most countries.

In the United States, for instance, psilocybin is included in the List I of controlled substances, which are defined as substances that have a high addiction potential and no accepted medical use. However, some states like New Mexico allow the purchase and cultivation of magic mushroom spores. In addition, the state of Oregon, as well as cities like Oakland (California) and Denver (Colorado), have decriminalized psilocybin in the last 12 months, along with other naturally occurring psychedelics like ayahuasca and peyote.

This doesn't mean that the use, possession or cultivation of natural psychedelics is legal, but it signifies that these cities won't use their resources to either investigate or arrest people who use them. Furthermore, Oakland activists are currently drawing up a proposal to facilitate the establishment of a limited commercial retail activity for these substances.

Although the psychedelic reform movement has so far been largely limited to local jurisdictions, more than 100 American cities have already expressed their interest in similar policy changes. It is no exaggeration to say that there's a movement underway. After all, cannabis legalization started with some decriminalization measures that became a true movement that then led to today's widespread state of affairs: cannabis is legal in 33 states as well as in the District of Columbia. 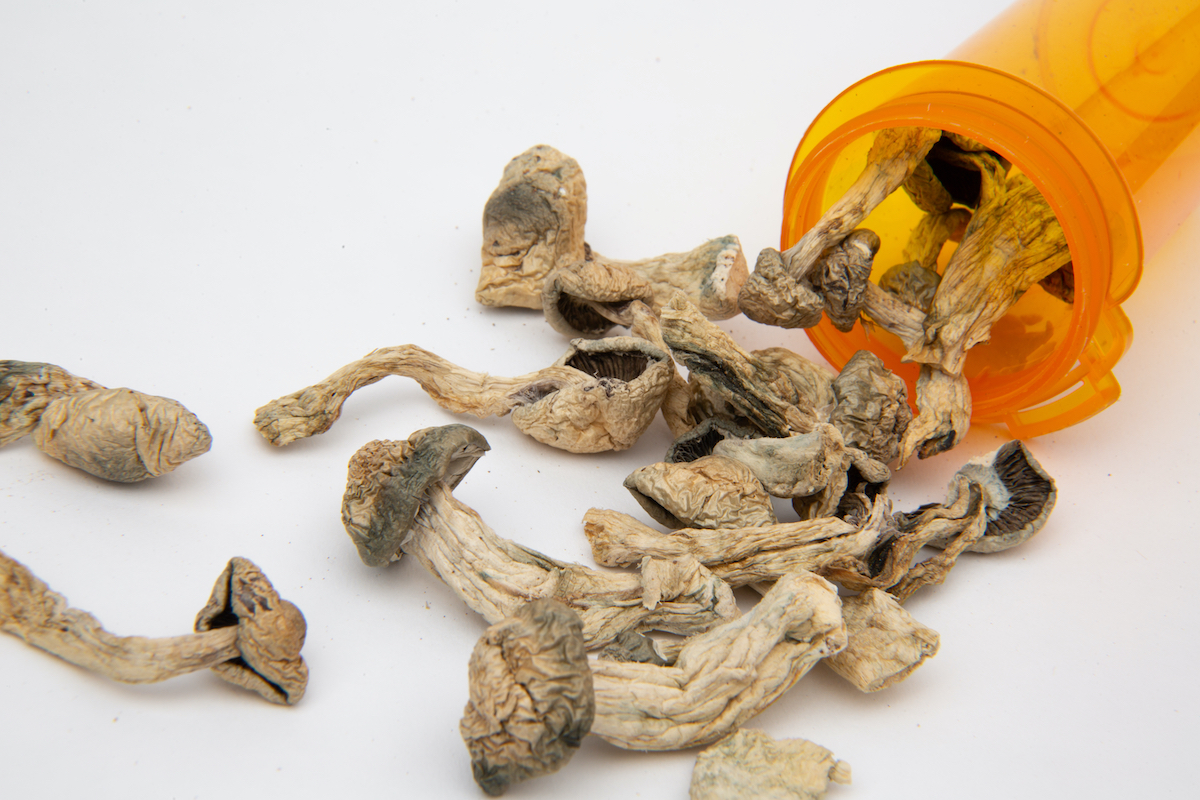 What is Psychedelic Research?

Like with cannabis, the motor of the psychedelic legalization movement is deeply rooted in medicine. The term 'psychedelic' was coined by the English psychiatrist Humphry Osmond and derives from the words 'psyche' (which means 'mind' or 'soul') and 'delos' (meaning 'manifest').

Therefore, psychedelic substances can be regarded as soul-revealing or mind-manifesting. They are extremely cathartic in nature, so they can help overcome negative experiences or emotional trauma. These characteristics make these substances particularly beneficial for people who suffer from severe psychological disorders and don't respond well to conventional treatments. These disorders include obsessive compulsive disorder, post-traumatic stress disorder, and different types of addictions.

In fact, a growing number of medical research studies suggest that psilocybin can be used to treat pathologies as common as anxiety or depression. Psilocybin has also been found to have a low abuse potential and hardly any dependence potential. In other words, it's very unlikely that someone can become addicted to this substance because its toxicity rate is extremely low.

A substitute for conventional drugs

Most of the western world revolves around a pharmacological culture based on pills that cure almost everything. This has led to a particular addiction to opioids, which are substances that produce terrible side effects and can produce both physical and mental dependency. The idea of using psychedelic drugs to treat alcohol, cocaine, opioid, or nicotine addictions has also been on the table for quite some time, but it is now that the term 'psychedelic-assisted therapy' is finally being established. 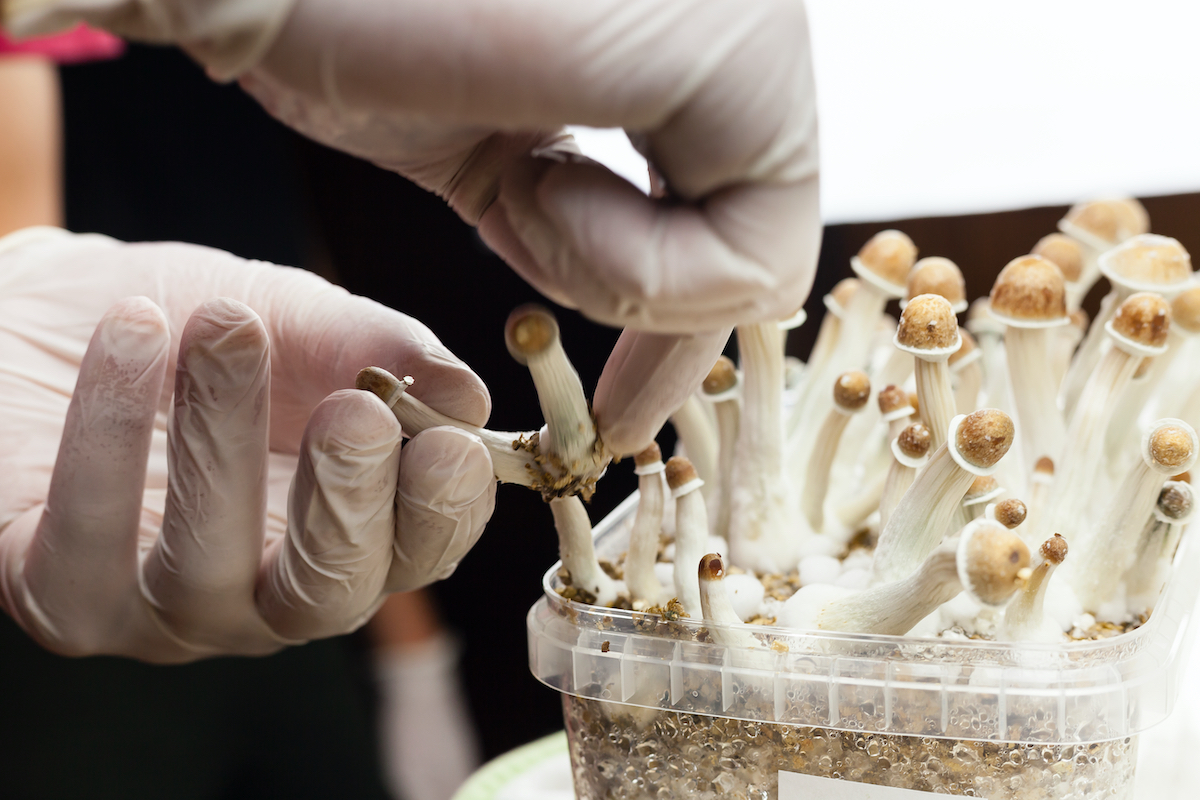 Psilocybin-based treatments have shown incredible clinically-proven results. In 2016, for instance, at the height of the opioid epidemic, a research study on psychedelics like LSD, mescaline, and psilocybin determined that hallucinogenic drug supplementation could reduce the addiction to regular pills. A 2017 study published in the Nature journal also showed that 47% of depression patients with high resistance to conventional treatments responded positively five weeks after being treated with psilocybin. And, in 2018, researchers at Johns Hopkins University called for the removal of psilocybin from the List I of controlled substances.

The FDA has actually opened the door to psilocybin, even if it's only a crack. In 2018, COMPASS Pathways, a research institution that studies mental health, received the FDA 'Breakthrough Therapy' designation for psilocybin therapy for treatment-resistant depression.

How does psilocybin act in the human body?

Hallucinogenic drugs interfere with the neurotransmitter serotonin in the brain. Neurotransmitters are chemical substances created by the human body which transmit signals (or information) from one neuron to another through some contact points called synapsis; and can alter mood, sensory perception, sleep, appetite, body temperature, sexual behaviour, or muscle control. The cerebral cortex is packed with these receptors, and the dosage of psilocybin required to activate them is minimal.

Nonetheless, its use isn't free from side effects. These may include nausea, vomiting, muscle weakness, confusion, and lack of coordination. When combined with other substances like alcohol or cannabis, the effects can worsen. High doses can result in overdose and produce severe hallucinogenic effects for a longer period of time. Tolerance has also been documented, which means that dosage needs to be increasingly higher for a person to keep experiencing the same hallucinogenic effects.

But research suggests that, when used in small quantities, microdosed psilocybin (in such a small dosage that its effect is not perceivable) may provide a beneficial alternative to harmful opioid drugs, offering more positive results without any secondary effects.

So what does the future have in store?

Generally speaking, there hasn't been much scientific research on psychedelics in the last few decades due to their prohibited status. However, the few studies conducted on psilocybic fungi have led to interesting results that could be the gateway to a more widespread use by patients.

The last time psychedelics were used by a high number of people in the 1960's, it resulted in great cultural turmoil, which marked the start of the war against drugs and led to the outlawing of these substances throughout the world. Judging from the available research, it's clear that psychedelics can have a deep impact on a troubled mind, but if these substances were consumed in small dosages, under supervision and in safe environments on a global scale, we would possibly face another powerful cultural revolution.

Psilocybin, DMT and LSD are substances that actually offer more than what we can see at first sight, which in itself should be enough to help change our perception of them. And when we take into consideration the amount of people that suffer from mental disorders around the world, it is obvious that psychedelics can become a powerful tool that can push our cultural awareness towards more enlightened therapeutic territories.