Cannabis's intense and particular aroma is an aspect of the plant that leaves no one indifferent. Appealing to many, but stigmatised by others, the truth is that the pungent fragrance that the plant emits is as well known and popular as its psychoactive effects. The blame for this powerful aroma can be laid on its terpenes, organic compounds whose existence has been known about for decades, but which have been overshadowed by cannabinoids, especially the most famous: THC and CBD. Recently, however, research has been undertaken into these aromatic molecules responsible for the flavour and fragrance of cannabis, and which also boast therapeutic properties. 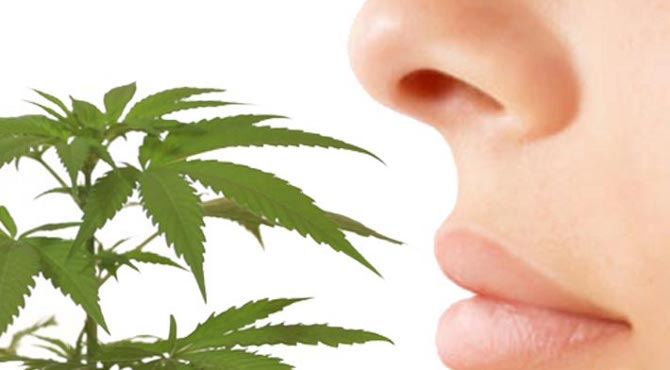 Terpenes are aromatic elements present in cannabis resin. To date more than 100 different types of them have been identified in the marijuana plant. Each strain features a unique composition of these compounds, which determines their scent, which is why Lemon Garlic, OG for example, issues its intense and distinctive garlic aroma, different from that of any other kind of cannabis. Despite belonging to the same genetic, each plant has a unique composition of terpenes; if you smell two different Lemon Garlic OG plants, although the fragrance will be virtually the same, there will be some subtle differences. These components are not unique to the cannabis plant. Other species of the plant kingdom also produce them. In the case of cannabis they serve several adaptive functions: some of them repel predators, others attract pollinating insects, others are generated as a response to stress, etc. The development of these compounds depends on several factors, such as climate, the maturation of the plant, and its nutrients, such that the amount and presence of terpenes in each plant will vary depending on the genetic, in addition to growing and/or environmental conditions.

What properties do terpenes have?

As mentioned above, scientific research on cannabis compounds has mainly focused on the study of cannabinoids (more specifically, THC and CBD) and their possible applications in the field of Medicine. However, growing interest in terpenes is leading to more research into these substances, already allowing us to state that they have therapeutic properties. One of the most important characteristics of terpenes is their ability to interact synergistically with other components of the plant and reinforce or modify their effect on the body. This is how, for example, terpenes can affect the amount of THC that ultimate reaches the neurons in our brains, through receptors forming part of the endocannabinoid system. Therefore, one of the functions of these compounds is to facilitate or intensify the effect of some cannabinoids with therapeutic and/or psychoactive properties. However, not all terpenes produce the same effect, so some will be effective in combating stress, for example, while others promote concentration and mental acuity. Terpenes do not produce psychoactive effects, which is why their therapeutic potential is so promising.

What types of terpenes are there?

Of the more than 100 terpenes that have been identified in the composition of cannabis to date, there are some that could be classified as major, which are as follows:

One of the main traits of this terpene is that when its acts synergistically with THC it augments this element's psychoactive potential. Myrcene is present in some cannabis strains, like Bubba Kush.

Linalool is present in high percentages in those strains featuring sedative and narcotic effects.

Aroma: minty, reminiscent of eucalyptus. It is found in small doses in the cannabis plant. Therapeutic properties: