The cultivation of leguminous plants has proved to significantly improve soil life and structure when growing cannabis plants. This quality organic fertilizer, also known as “green manure”, uses airborne nitrogen to keep the soil healthy and rich in nutrients.

How can leguminous plants help your cannabis grow?

The plants that belong to the family Fabaceae (Leguminosae) have some symbiotic nitrogen-fixing bacteria called Rhizobium inside their root nodules that supply nitrogen to the plant and in return receive carbon. Atmospheric nitrogen (N2) is reduced to ammonium ions (NH4+) by these bacteria for later use by the roots. Surrounding plants also benefit from soil nitrogen accumulation, which is one great plus. 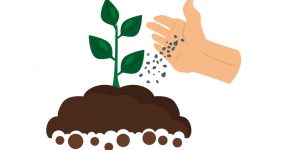 There are two ways in which we can use these bacteria to our advantage: we can either grow legumes and cannabis simultaneously or sow marijuana plants once leguminous plants have broken down and released all the nitrogen inside their cell bodies. We can, therefore, conclude that legumes help fix airborne nitrogen to the soil. They're the only plants capable of carrying out this process in a natural way – hence their name "green manure".

Another major advantage of our growing leguminous plants near our cannabis grow is their ability to improve soil life and structure. 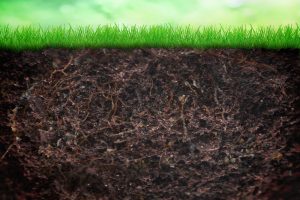 Fabaceae have a strong root system that can go deep down into the soil, in some cases even 6-10 ft. like alfalfa. As a consequence of the lack of compactness, soil aeration is enhanced and so water and nutrients can move freely all over the substrate. Besides, we won't have to worry about their being too close because the roots of the legumes grow at greater depth, meaning our cannabis plants will stretch without barriers. The use of leguminous plants is complementary, but still highly beneficial for all the plants of our grow space.

These 8 legumes are to be grown in the same substrate as the plant, as close as possible to them. All of them have nitrogen-fixing bacteria that improve soil life and structure and consequently benefit our plants. 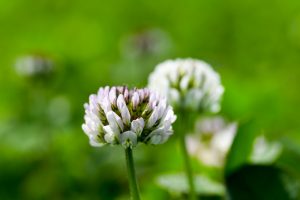 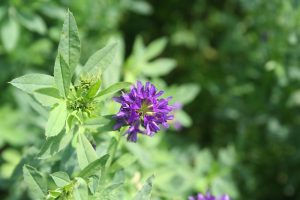 Nature knows best! We hope these leguminous plants help you make the most out of your organic cannabis grow. HSO Team