When a natural disaster like a nuclear accident or the industrial pollution itself takes place, every little bit helps and the available resources for a proper environmental regeneration are scarce. However, several research studies and a number of important events occurred over the years have proved “Cannabis Sativa” to be a unique plant capable of cleaning up pollution from soil, water and air, by breaking down and eliminating all chemical elements toxic to humans, just like maize and sunflower do. 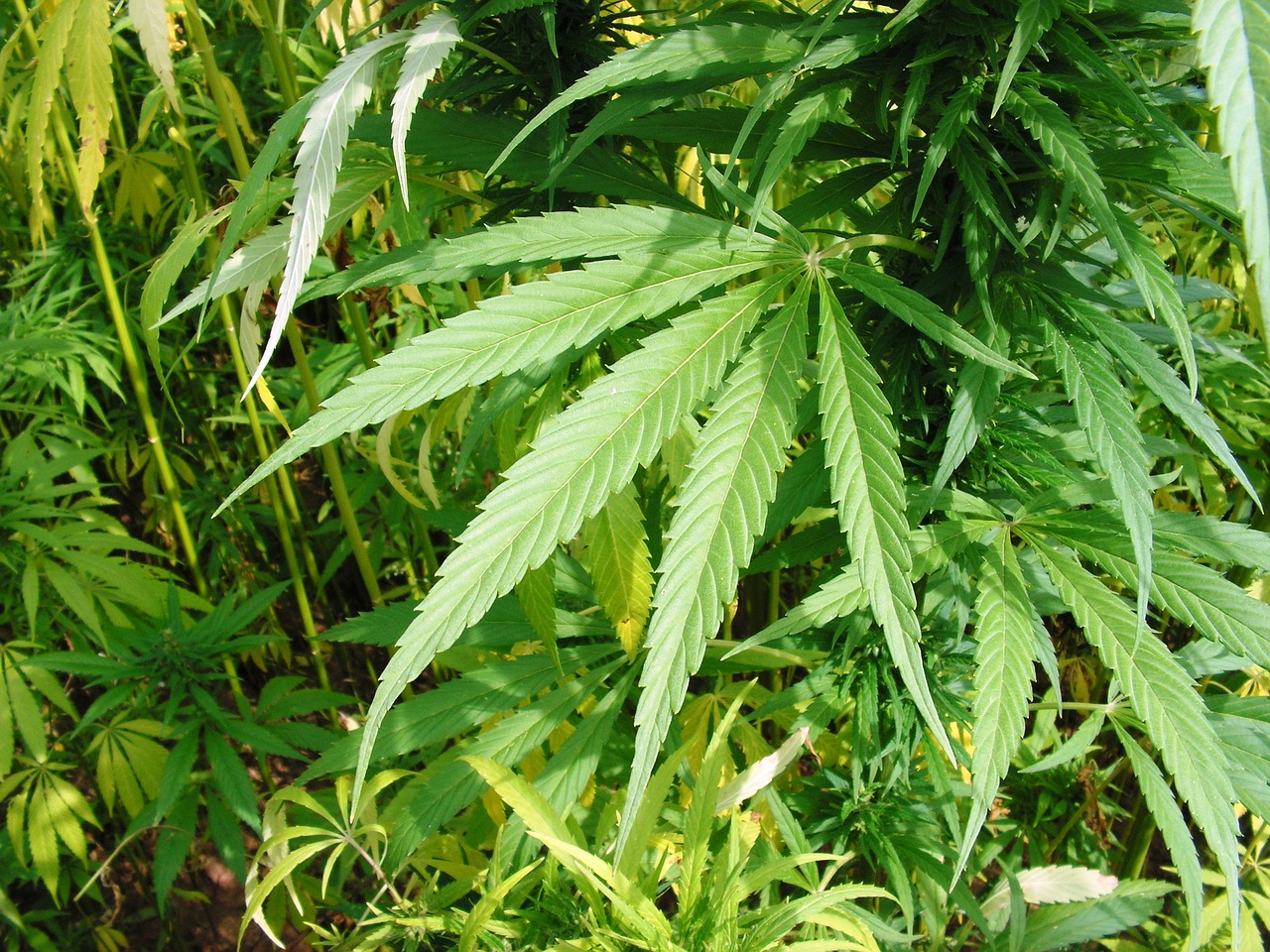 There are plant species that, through a process known as phytoremediation, (a term coined by Dr. Ilya Raskin from the Biotech Center of the University of Rutgers, NJ) clean up soil from heavy metals, treat waste water or even clean polluted air. Sunflower and maize plants, for example, also have an enormous phytoremediation potential. But hemp is, though, one of the most qualified plants because it can grow even in soils in need of nutrients. Its strong rooting system can penetrate compacted field, providing it with aeration and porosity while strengthening it tightly, helping to control erosion. We could say that somehow hemp roots stabilize the area and act as a filter that breaks down the polluting substances after absorbing them and transforms toxins into innocuous substances. In short, it is a plant capable of helping humans live better when the artificial beats the natural.

It is the THC and CBD levels that can help us tell hemp and marijuana apart. While cannabis has plenty of THC (the chemical responsible for the typical psychoactive effect), hemp, more scientifically known as "Cannabis Sativa", showcases higher CBD levels (more therapeutic) and a lower THC content. The major discussion in this regard is about the exact THC percentage by which a plant is classified as hemp or cannabis. For the time being, the existing regulation is confusing and the limiting percentage changes from country to country, never surpassing the 3% of THC, however. 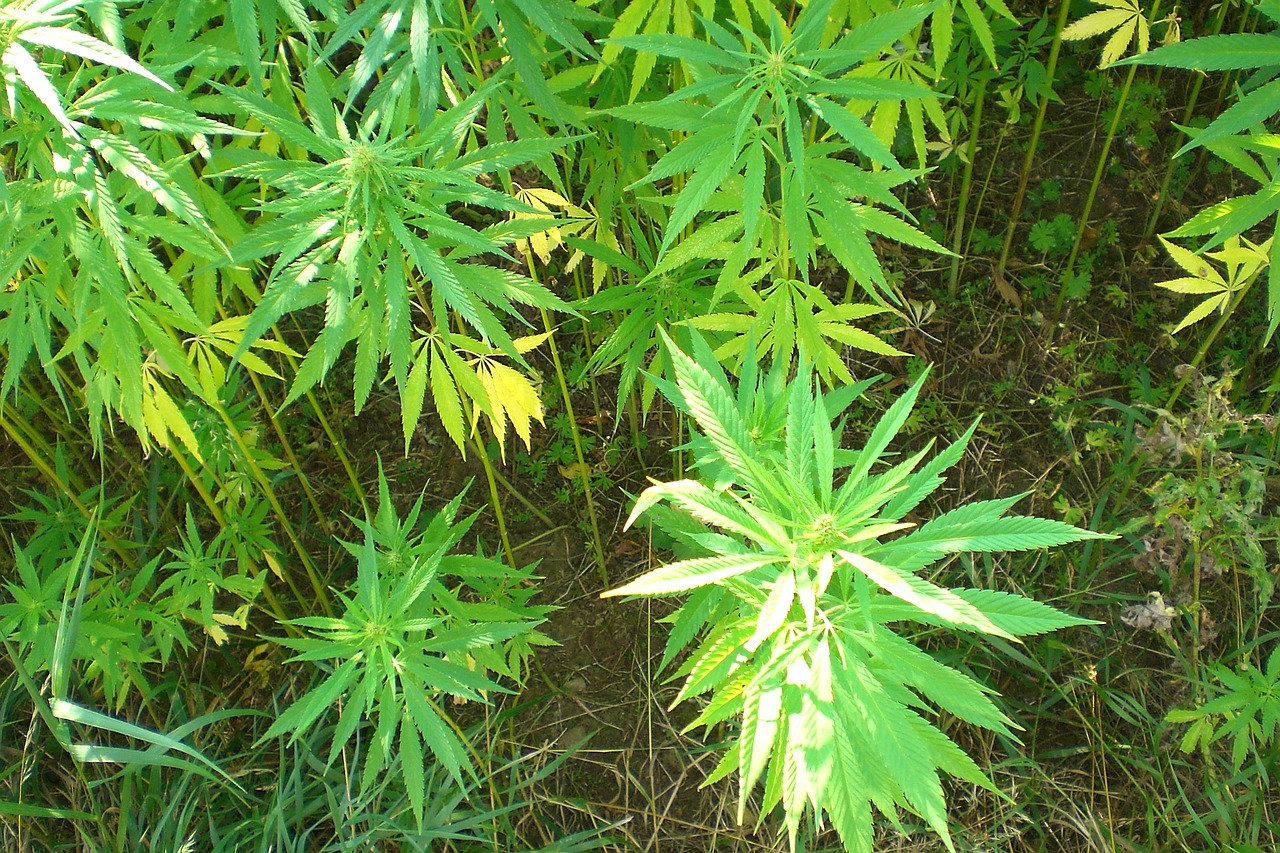 Whereas we do not recommend cultivating hemp in polluted areas if it is for alimentary use, doing so for cleaning up the area is just right. Research has shown that this plant is able to absorb radiation, heavy metals and other toxins caused by human action. Nevertheless, it can also be used for cleaning all types of residues, from metals to pesticides, solvents, explosives, raw petrol, hydrocarbon or toxins produced by factories and dumping sites As a matter of fact, farmers in the Italian region of Apulia are proving its efficiency by cultivating hemp for fighting a toxin that ruined their herds' pasture and for saving the precious soil. It is the Ilva steel plant the one to be blamed for this pollution. Founded in 1905, the factory, one of the biggest in Europe, has had a major environmental impact on the area of Taranto, up to such an extent that most of the surrounding area is already contaminated. When faced with this problem, growers opted for using the phytoremediation method with hemp to regenerate their fields and go back to working there. Thanks to this initiative, some 100 growers and farmers living nearby have been able to stay and continue their work safely.

However, we'd better point out that hemp can be used not only for cleaning toxic remains in soil but also for many other things, such as for the manufacturing of clothes, paper or materials for green housing. It can also be transformed into ethanol and be used as biofuel, resulting in a major economic benefit, or we can even commercialize its fibers, a highly smart idea bearing in mind that hemp-derived products are environmentally sustainable and easy to introduce in the already existing markets. 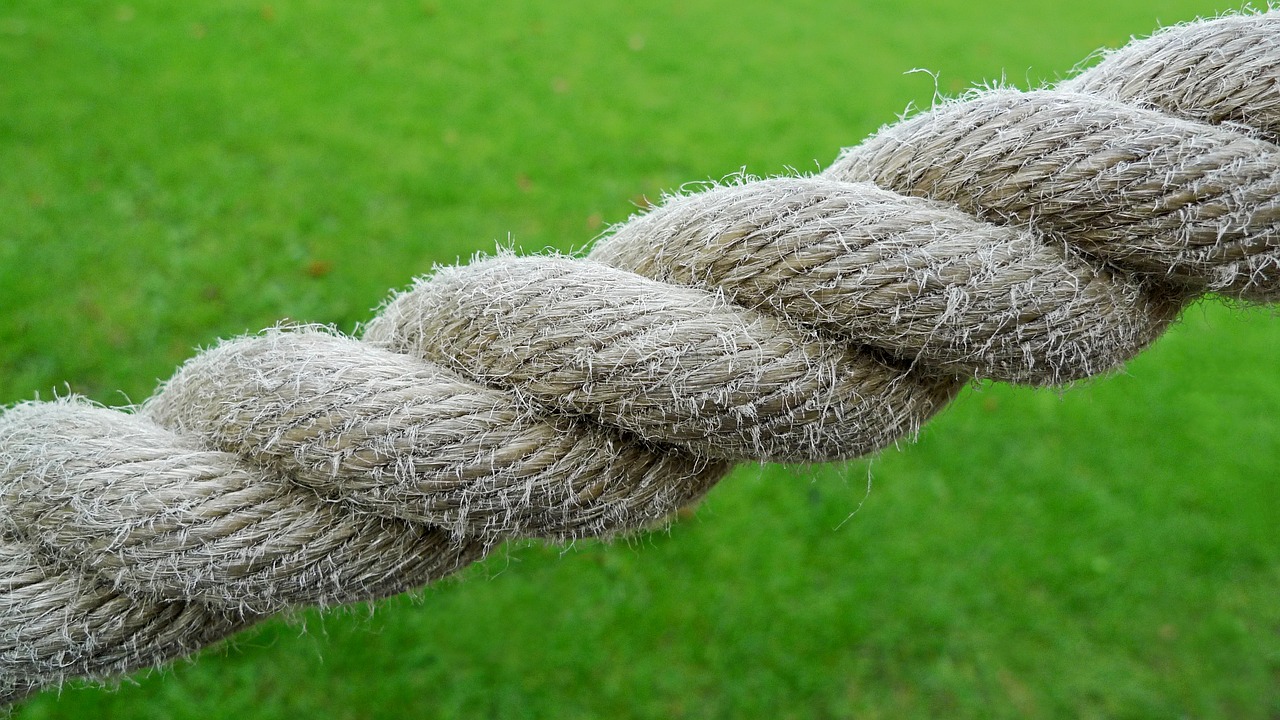 Hemp fibers are the most durable, resistant and smooth fibers in the entire world, and it's been centuries since human beings found out how to make thread, string and cloth with it. And, according to an investigation conducted by the Polish Institute of Natural Fibers, approximately 75 % of the plant keeps the initial characteristics, making it possible to be reused for other purposes. Researchers analyzed different types of Afghan cannabis plants to test them on their ability to support heavy metals. Once the investigation had finished, they claimed that not only their stalks but also their seeds could be reused.

Because of the incredible soil regenerating potential of this plant, no wonder it has played major roles in nuclear tragedies like the one in Chernobyl, and could also be used for regenerating soil in Fukushima. More precisely, right after the 1986 disaster, it was found out that some plants like hemp were the only ones capable of helping clean up the area where humans were at risk. But it wasn't until 1989 that the Soviet administration could finally thoroughly assess the environmental situation. In the 18-mile exclusion zone surrounding the plant, they found that there were high concentrations of various metals including iodine, cesium-137, strontium-90 and plutonium, among others, not only in the soil and the plants but also in the animals themselves. Immediately, the phytoremediation process began, using maize for eliminating, apart from the abovementioned elements, chromium, lead, copper and nickel. After maize, sunflower was used and, in 1996, the turn came for the hemp itself. With the help of some growers and the Plant Production Institute of Ukraine, the authorities started to support the use of fiber-rich and psychoactivity-low industrial hemp as a soil decontaminant. 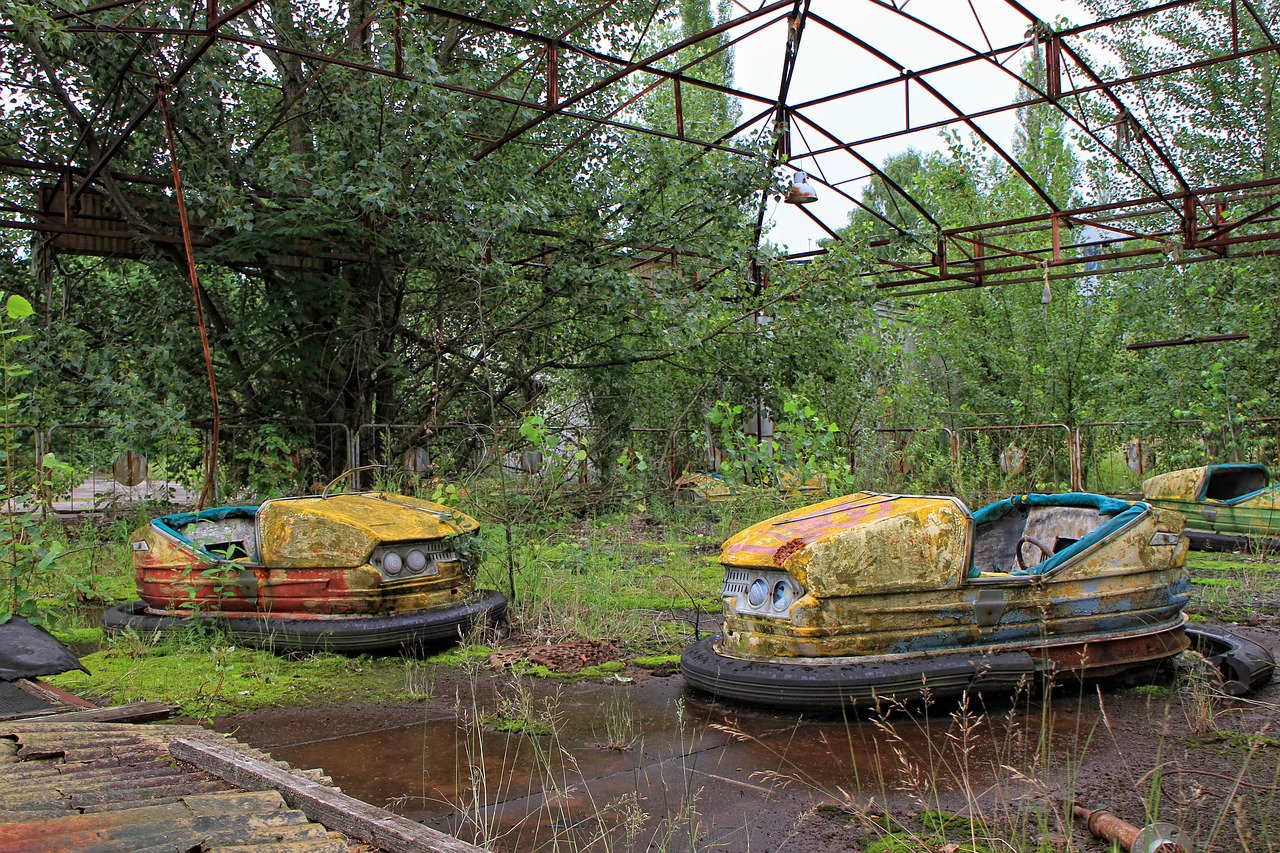 This initiative became one of the most important projects in the country. At that time, Slavik Dushenkov, a research scientist in Phytotech (an organization specialized in this plant's cultivation), stated that hemp was proving to be one of the most powerful plants for the regeneration of soil after nuclear disasters. Hemp has been growing in the surrounding area of the Ukranian nuclear plant for over 10 years now. And, according to the experts, toxicity levels in soil are now considerably lower.

The effect of hemp in crop rotation

Beyond this, many farmers also use this plant in crop rotation to avoid being affected by pathogens and not to have to use unnecessary pesticides or solvents. Many commercial cultivations require large quantities of nutrients for an optimal growth. Since the more times we harvest, the lower the quality of the land is, the product won't either be able to show its full potential. Bearing in mind its rapid growth and amazing yield of biomass, second only to bamboo, hemp is perfect for making an efficient use of soil in crop rotations in order to regenerate the land. For example, there are many agricultural plant species with a 5-month vegetative cycle: they're sowed in October and harvested in March. When it comes to industrial hemp, though, the cycle lasts for 6 months: it's sowed in April and harvested in September. And, it being an annual plant, it dies after each cycle, meaning new seeds will always be necessary when sowing again. It is basically a type of rotation aimed at improving soil's fertility and uptake of nutrients. On top of that, the likelihood of it being affected by plagues is by far reduced, resulting in ready-to-sow land. 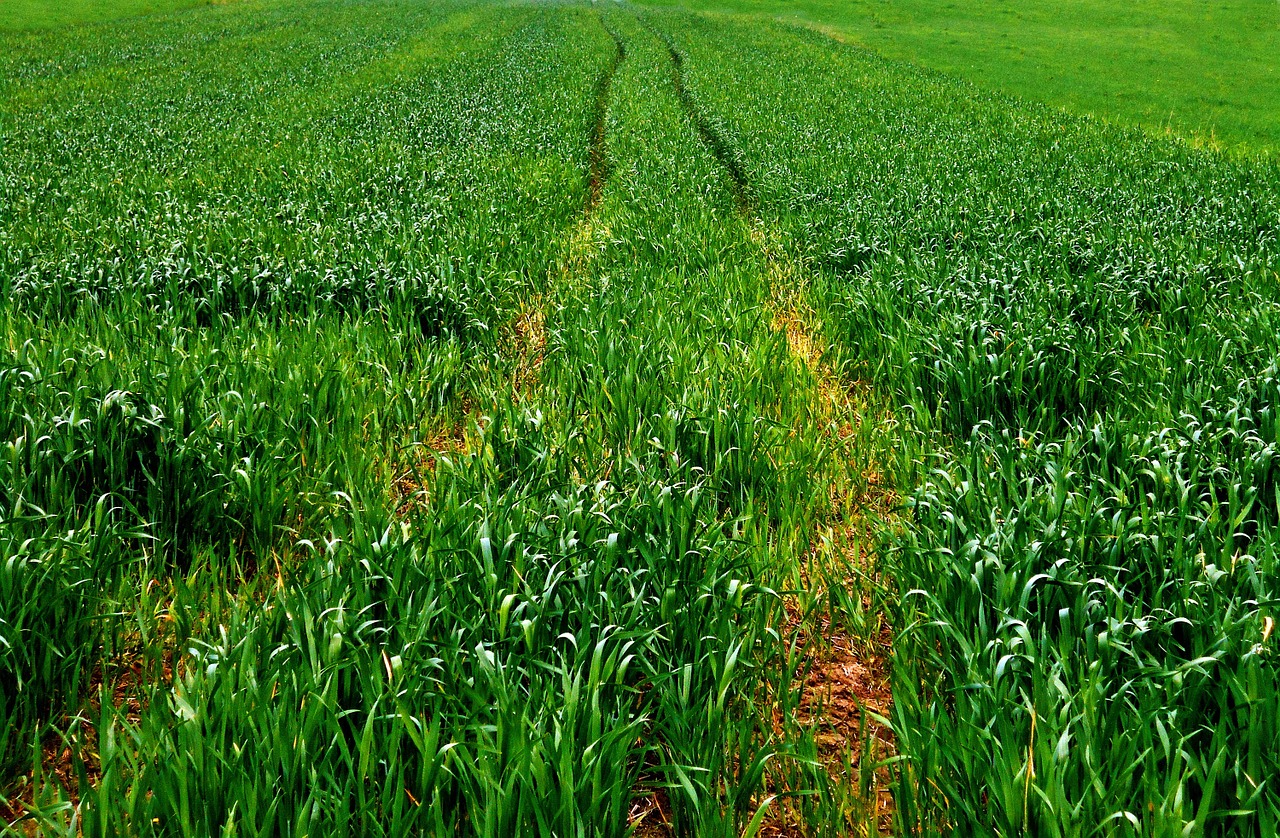 This is nothing more than other evidence proving the innumerable benefits of hemp plants, which are sometimes forgotten or even banned in some countries. A plant as natural as this, which also helps restore the balance in damaged ecosystems, should be looked after and protected all over the planet. It'll thank us for it. And men, who sometimes forget they are also part of nature, should also do so.