Seven were the plagues of Egypt and seven are the plagues that, according to the Book of Revelation, will announce the end of the world. And, of course, seven are the main plagues that could ruin your beautiful cannabis crop. Seven terrible plagues affecting both indoor and outdoor cultivations which could be prevented at best and cured at worst if you follow our tips of advice. Discover in this post which the most common cannabis plagues are. 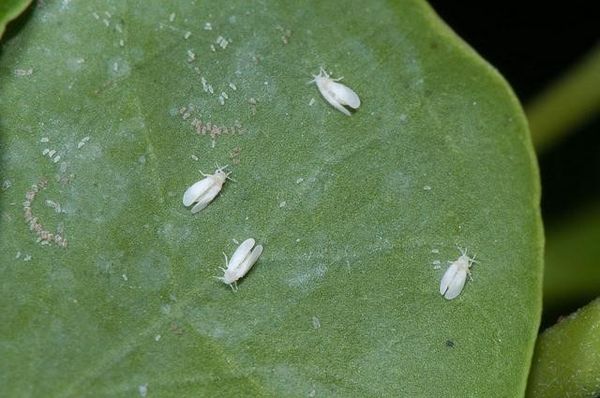 Just as ancient Egyptians were ravaged by millions of starving locusts that ruined all their wheat stocks, cannabis growers can also run into some voracious insects such as thrips, spider mites or aphids, capable of destroying the flowers that they're to fill their pantries with. The good news is that each and every of the seven most common cannabis plagues we're now going to talk about can be fought and removed if they're detected in a timely manner. However, it is important to remember that 'better be safe than sorry'.

Let's start with a heavy hitter. This tiny insect, no bigger than 1.5 mm, is any cannabis grower's nightmare. Its hunger is inversely proportional to its size and, despite not being one of the fastest-moving plagues, it is indeed one of the most resistant and difficult to get rid of. 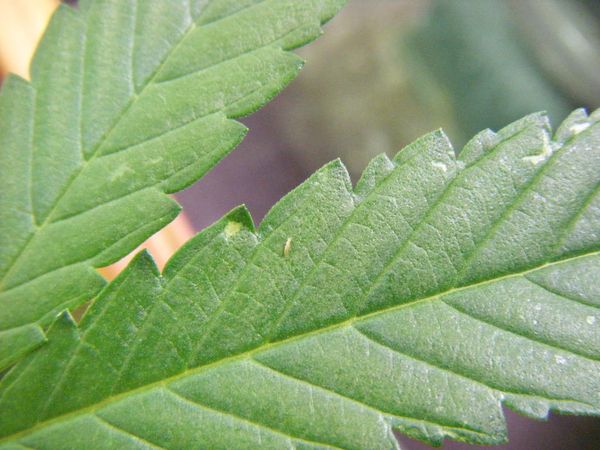 How can thrips be detected?

How can we get rid of thrips?

A good way to prevent the emergence of thrips is to spray the plant, every now and then, with Neem oil or potassium soap.

Spider mites are also tiny insects that love living in indoor crops and sucking out all the contents of the leaves. Despite their small dimensions, they have an incredibly big appetite, up to such an extent that it wouldn't take them long to eat up the whole plant. To give you an idea, spider mites could take over a million bites in a month and, when they are grouped, they can ruin a whole cannabis crop in just a few days. Are you already shaking with fear? Let's learn how to get rid of them. 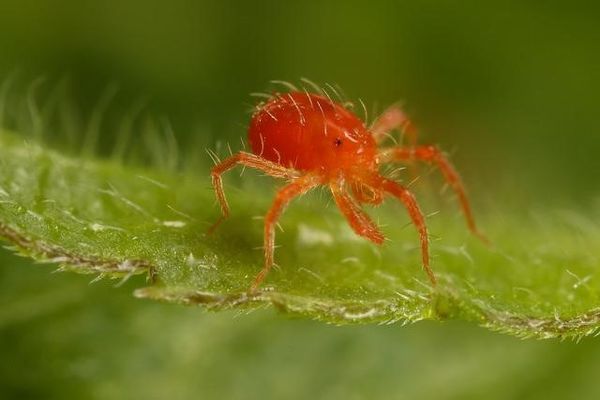 How can spider mites be detected?

How can you get rid of spider mites?

Caterpillars are other ravenous enemies of cannabis growers. Most commonly found outdoors, they can also hit indoor crops. They're very fast and greedy. Butterflies lay eggs on the plant which hatch into caterpillars that don't stop eating until they are big enough to turn into a chrysalis. They come in all kinds of colors. However, the ones that attack cannabis plants are generally green. 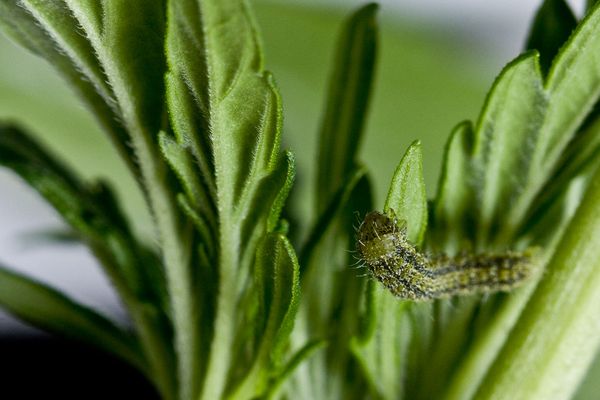 How can you detect the attack of caterpillars?

How can you get rid of a caterpillar plague?

Aphids make up one of those damn plagues that could attack your cannabis plants. This one in particular is very dangerous because they reproduce very quickly and love jumping from plant to plant. Spring is their peak and, like spider mites, they feed on the contents of the leaves. 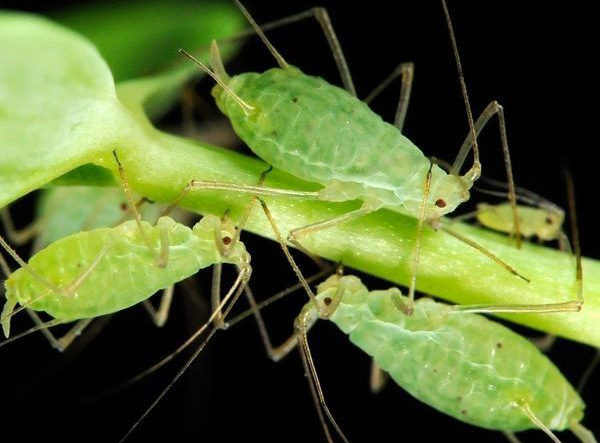 How can you detect the attack of aphids?

How can you get rid of aphids?

Keep the growing area clean, remove all rotten leaves and change clothes before getting in. Avoid overusing fertilizers because this could cause them to appear.

It is true that whiteflies aren't as lethal as other insects such as thrips or spider mites. However, you shouldn't underestimate them. Only around 1 mm long, they are like little white moths that steal all the essential nutrients from cannabis plants. 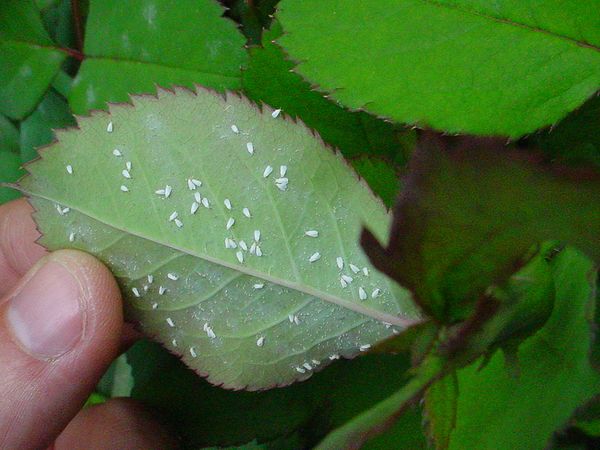 How can whitefly attacks be detected?

How can you get rid of whitefly plagues?

Cochineal insects are difficult to detect and very resistant to insecticides. They feed on the essential nutrients of plants and leave a sticky substance as they move, which is the telltale sign something is wrong with your crop. Apart from that, watch out for their excrements since they contain a corrosive fungus that destroys all plant matter. The good news is that, once detected, they are easily removed. 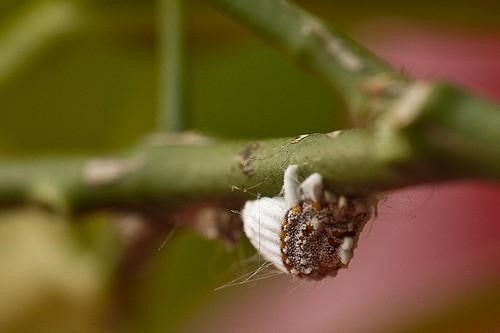 How can cochineal be detected?

How can you get rid of cochineal?

If you're growing outdoors, doing so away from other plants such as rosebushes and geraniums is paramount since they tend to attract cochineal insects. Avoid extremely high temperatures and keep the grow space clean and well aerated. You can also combat them with ladybugs.

Although far less famous than other cannabis plagues, nematodes, also known as roundworms, are closely related to marijuana as well. Over 25,000 types have been described, 50 % of which are parasitic. There are many beneficial, though. The 'bad' ones attack cannabis roots, slowing down their growth and sometimes even destroying them. 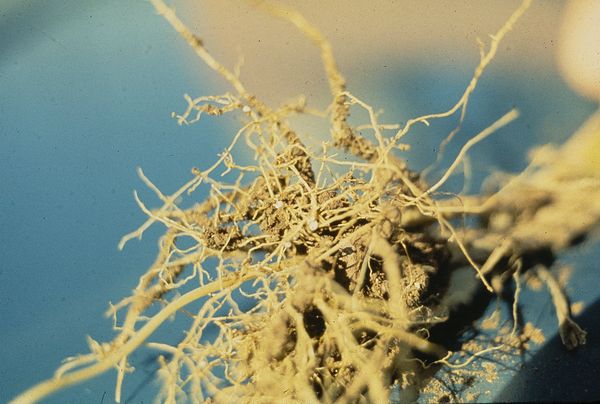 How can a plague of nematodes be detected?

How can you get rid of a plague of nematodes?

Nematodes usually live in small water puddles. So make sure no puddles are formed in the soil.