The key players in the cannabis industry love boasting about their gigantic facilities and their capacity to supply the national, or even international, markets. However, in a legal sector that is evolving incredibly rapidly, the future could hold a place for a very different type of cannabis grower.

Craft cannabis can be defined as organic cannabis which is cultivated by small growers using highly optimized environmentally-friendly techniques that are difficult to replicate at large scale. Consumers expect higher quality in craft products, as small grows allow for optimum growing conditions, which in turn results in cannabis of superior quality.

This also occurs in other industries that produce handmade craft beer, or slow roast coffee, which translates into first-class flavor. And craft cannabis is exactly the same: it is cannabis produced with the greatest care, with the maximum amount of TLC given to each and every leaf of the plant.

The notion that small growers offer higher-quality cannabis isn't just a matter of perception. While large multinationals focus on maximizing yields by creating vast grow spaces for the production of cannabis on an incredible scale, craft producers tend to focus on quality, growing in small areas where they can thoroughly control all the parameters that influence plant growth, thus ensuring consistent top quality.

Trimming the buds by hand, rather than using automated machinery, helps preserve the trichomes, but this method isn't practical for large facilities. In addition, large-scale farming poses a greater risk of insects and other pests, which makes this kind of growing technique overly dependant on chemical pesticides. Small producers can take more active measures, such as the use of organic pesticides or beneficial insects, which are effective but require much more effort.

In addition, many commercial crops need huge amounts of electricity, as well as large volumes of water in areas where this is scarce. Ultimately, craft producers can use the size of their farms to their advantage for the production of buds with better bag appeal, flavor and aroma; and at the same time doing so in a more sustainable way, which will be more attractive to consumers willing to pay more per gram to achieve a high-end experience. 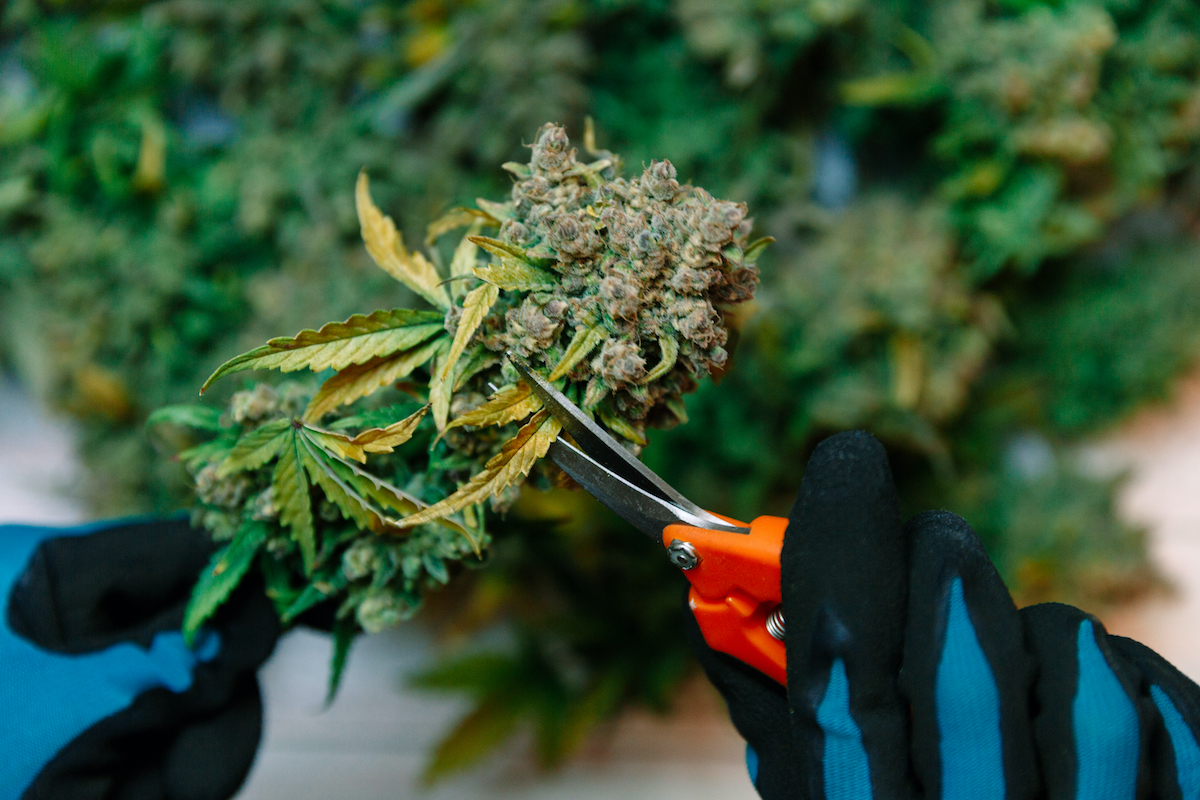 Due to it having the ideal growing conditions for marijuana, California is the main craft cannabis producer in the world, with most organic growers located in the Emerald Triangle, the largest cannabis-growing area in the U.S.A. This is a place where craft cannabis makes sense as a way of maintaining the cannabis growing heritage and giving small producers access to a market that was merely a craft industry for many decades. Yet things aren't as simple as they may seem at first sight.

Prop 64, the 2016 Adult Use of Marijuana Act, was acclaimed as an important step forward in the industry, but unfortunately it has buried small producers in the labyrinth of new bureaucracy that rules marijuana production. According to estimates, there are more than 68,000 cannabis farms in the state of California alone, but each city and county can regulate cannabis locally; and they can even prohibit it, which leads to huge inconsistencies in the system.

According to the new environmental regulation in California, growers also face a countless number of highly expensive requirements to be able to enter the legal market. As California holds the highest cannabis tax rate in the country (as high as 60% in some areas), all of this has resulted in a lower than expected profit for producers, forcing them towards the black market in an attempt to prevent financial bankruptcy.

The importance of the geographical origin of marijuana

Therefore, the agricultural concept of 'terroir' is crossing over to cannabis, as there are regions like Humboldt County, in California, where organic cannabis growing techniques have been in use since the 1960s. This term refers to the environmental factors that affect a crop, such as the type of soil, climate, temperature, water, sunlight, humidity, traditional harvesting methods, etc. 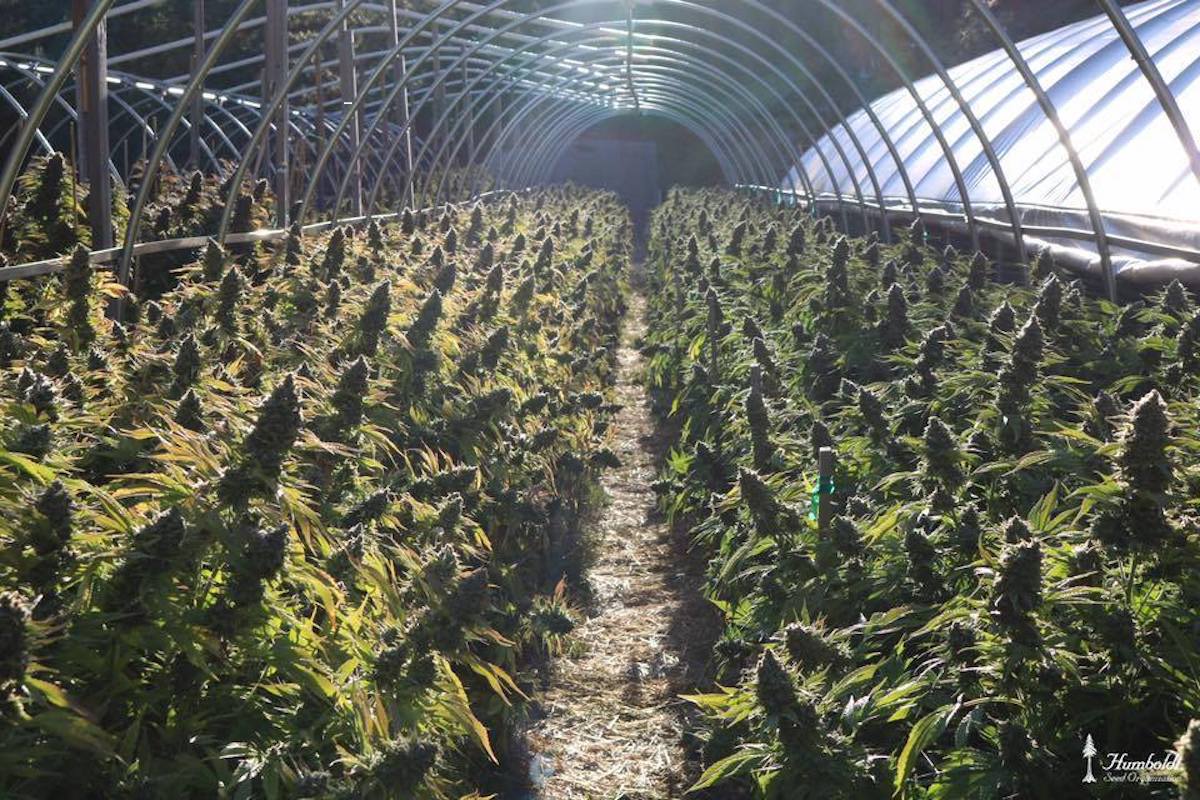 And the people who produce this handcrafted product are also excellent land administrators, in synergy with regenerative principles and dedicated to protecting the environment. After decades of expertise, it is only fair to bestow this area with its own 'certificate of origin' to mark a difference from other newer areas.

Using the same logic as with wine, a certificate of origin would mean a differentiating feature from the competition. This certificate is normally associated with traditional methods and quality control; and it represents a unique product for the consumer who appreciates its value and will be happy to pay extra for its unique features derived from a unique place, person, and process.

Cannabis legalization in California has been excellent news for consumers: it means more supervision and less people in jail for possession. But it has been a living hell for growers, who have suddenly found themselves flooded with mountains of regulation aimed at protecting users and the environment.

One way of compensating growers would undoubtedly be by granting recognition of their work in the form of a distinctive certificate of origin. This would mean that local growers would be able to promote their specific environmental territory as a place with ideal growing conditions, which in turn would improve the local economy and the employment in those areas.