Industrial hemp (cannabis with low THC levels) is legal across the U.S.A. thanks to the 2018 Farm Bill. One of the incentives for Congress to approve this bill was to help farmers take advantage of the increasing worldwide demand for cannabidiol or CBD, one of the natural chemical compounds that can be extracted from hemp. But scientists, farmers and users know very little about this plant, partly due to its long period of prohibition. And one of its biggest mysteries, which is riddled with evidence and anecdotal theories, is why its THC content sometimes increases, making it illegal.

Hemp and cannabis are separated by a thin line: nowadays, the North American law states that industrial hemp is legal as long as its THC level is below 0.3%. Hemp farmers do everything within their power to produce strains with a THC content that's lower than the legal limit, but sometimes plants develop higher levels, which means that they become illegal and cannot be sold.

This can be really costly for producers, depending on how often it occurs. And it also concerns consumers who want to ensure that the cannabis products that they use are non-psychoactive.

On October 29, 2019, The U.S. Department of Agriculture (USDA) announced the much-anticipated interim rule for the domestic production of hemp at Federal level. This rule creates a regulatory framework for nationwide hemp production. Even though the USDA bill will come into force on November 1, 2020, this won't be replaced by a final rule until after the 2021 growing season. One major remaining doubt is what will happen to crops with a THC concentration over 0.3%. The new regulation already contemplates that growers may involuntarily produce a crop over the limit, despite their efforts to comply with Federal law.

Therefore there will be some flexibility regarding THC levels: crops over 0.3% due to genetic errors, growing conditions, or variation in the sampling procedures, will be submitted to a measurement of uncertainty to determine the accuracy of the test results. Producers will not be committing a negligent violation if their plants' THC levels do not exceed 0.5%; however, hemp plants must be disposed of as they would be considered a controlled substance. 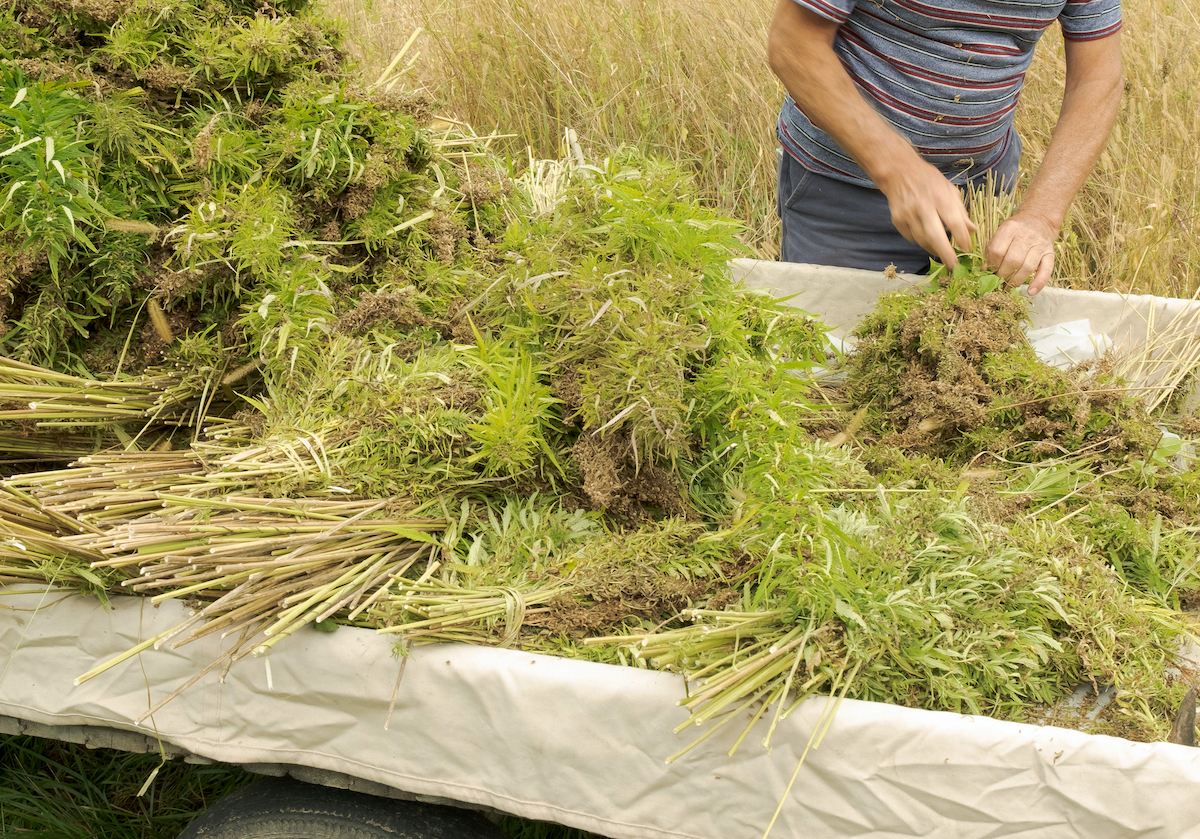 A recent study has shed some light on this matter

There has always been a popular belief that the 'terroir' (a term that refers to the geographical and environmental features of a specific area) could have something to do with the fact that some hemp plants unexpectedly produce more THC than usual. This would include factors such as temperature, water, soil composition, place of cultivation, etc. A long flowering period, for instance, is also regarded as a feasible reason for hemp to test hot.

However, a new research study by New York's Cornell University, which was published in Global Change Biology-Bioenergy on January 10, 2020, claims that this is not the case. "[People thought] there was something about how the farmer grew the plant, something about the soil, the weather…," says Larry Smart, professor in the horticulture section of the School of Integrative Plant Science and senior author of this study. "But our evidence from this paper is that fields go hot because of genetics, not because of environmental conditions."

The Cornell team conducted field trials at two different sites, studying the genetics and chemistry of 217 hemp plants. They discovered that differences in growing conditions between the two sites didn't have a significant influence on which chemicals the plants produced. But when they compared the CBD and THC levels of each of the plants against their genomes, they found very high correlation between their genetics and the chemicals they produced.

While conducting the study, the team also discovered that up to two thirds of the seeds that they obtained from one hemp variety, which were supposed to have low THC levels, actually produced THC above the legal limit. 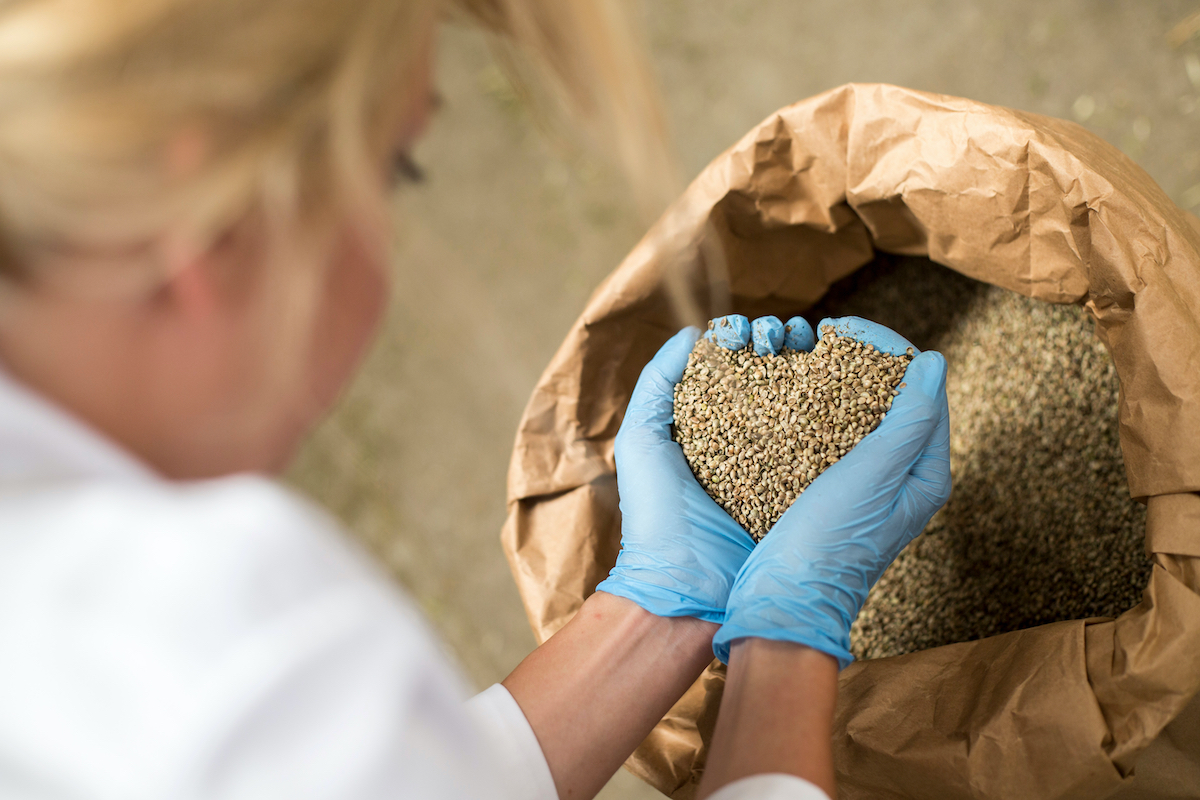 Genetic hybridization is the most probable cause

According to the researchers, the most likely factor that contributes to this 'hot hemp' issue is the genetics used by the farmers, who struggle to grow plants with a low THC content and usually come across two key problems:

- Firstly, many hemp varieties that farmers use are hybrids of plants grown to maximize THC or CBD production. Scientists claim that "if you let those plants grow, without taking the environmental conditions into account, it is very likely that they'll produce THC levels between 1 and 6%."

- Secondly, the CBD-producing enzyme also produces a small amount of THC during the metabolic process of cannabinoid conversion. Therefore, some crops that have tested less than 0.3% THC content also produce less CBD, approximately between 2 and 5%. But most producers aim at a CBD content of 10% for profitability purposes. This means that farmers trying to maximize their CBD production, with a 10% CBD content in mind, will end up with plants with a THC level over the legal limit, of around 0.6%.

Knowing that the cause for this could be genetic is incredibly valuable. Researchers state that genetic testing could be carried out on seedlings, which would drastically reduce the penalties for discovering high THC levels in mature plants. This testing based on easy-to-use genetic markers could provide an easier, less costly, and more conclusive route.

And this is great news for hemp farmers who have discovered that this new industry is less lucrative than anticipated, particularly because the unpredictable genetics makes hemp a risky crop. Therefore, if the genetic issue is ressolved at large-scale, the hemp industry will have a chance to become more profitable.

The USDA interim rule that the states must adopt by November 2020 requires more rigorous testing within a shorter period of time than what was required by many states up until now. But Professor Smart concludes that growers will have probably developed verified low-THC hemp plants by then. And once farmers have seeds that produce more reliable hemp plants, there'll be no need for so much testing, which will empower a sector that is currently plagued with so many uncertainties.