2018 has kicked off with a hell of a bang in California, bringing us the long-awaited legalization of recreational marijuana. This completely new scenario arrives two decades after the State became the first to legalize the therapeutic use of this plant. 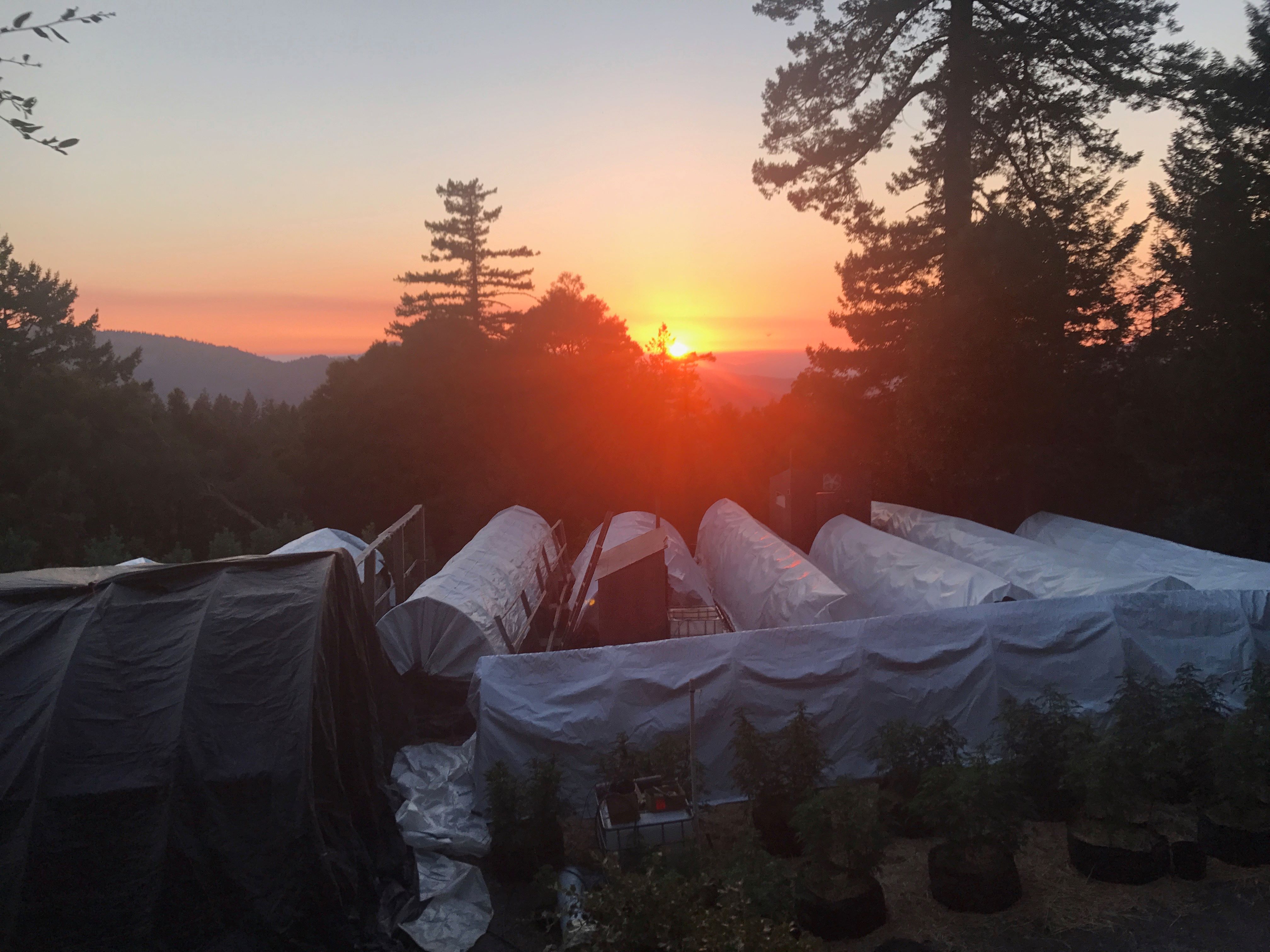 This time though, the golden state of cannabis culture hasn't been the first to take the step forward, but has now joined the list of states recently adopting it. A delay caused by the reluctance of the community to the establishment of large corporations (voted NO 2010), which according to many people, poses a major threat to the small producers as a result of this new regulation.

Many States having legalized cannabis doesn't mean the government no more considers this substance a Schedule I drug, the very same category as heroin and LSD. That's why the work of cannabis producers could be more or less complicated, depending on the party in power. The tightening of legislation led by Attorney General Jeff Sessions clashes with state regulations. While, during the Obama administration, tensions eased up a little, as the Trump era is likely to bring a heavy blow to the industry. Considering the decision in early January, where J. Sessions signed a document rescinding the guidance that enabled states to legalize cannabis without federal intervention.

The new regulation is not beneficial to smallholders

Legalization in California may have more glitches than it might appear and smallholders, the founders of the cannabis movement, risk ending up entirely out of the game. Many won't be able to comply with the extremely complex and intricate legislative and administrative requirements that make up the new regulations. This doesn't include the sharp decline in price (60-70% drop in one season) due to an over saturation of cannabis flower production in 2017.

The State of California consists of 58 counties with their own local legislation. The problem is that not all local governments are in favor of legalization; regulatory policies in some counties are, in fact, far stricter than the newly-born state law. This is why some growers find it difficult to obtain their licenses. Simply because their local laws don't allow them to do so.

Another negative aspect is the snail's pace of the bureaucratic machine. While large corporations have the means to streamline the licensing process backed by big investment capital, small businesses can't afford to stop working 'till everything's in order. This is what happened in other States such as Washington, where the cannabis growers who once were the main agents of this change were forced to sell a share of their business to large corporations in order to avoid bankruptcy. The same old story: Capitalistic Consolidation

Let's hope this doesn't happen in California because it could mean the end to these small-scale producers, or it could maybe force them to sell on the black market, for dispensaries are only allowed to buy from licensed producers. 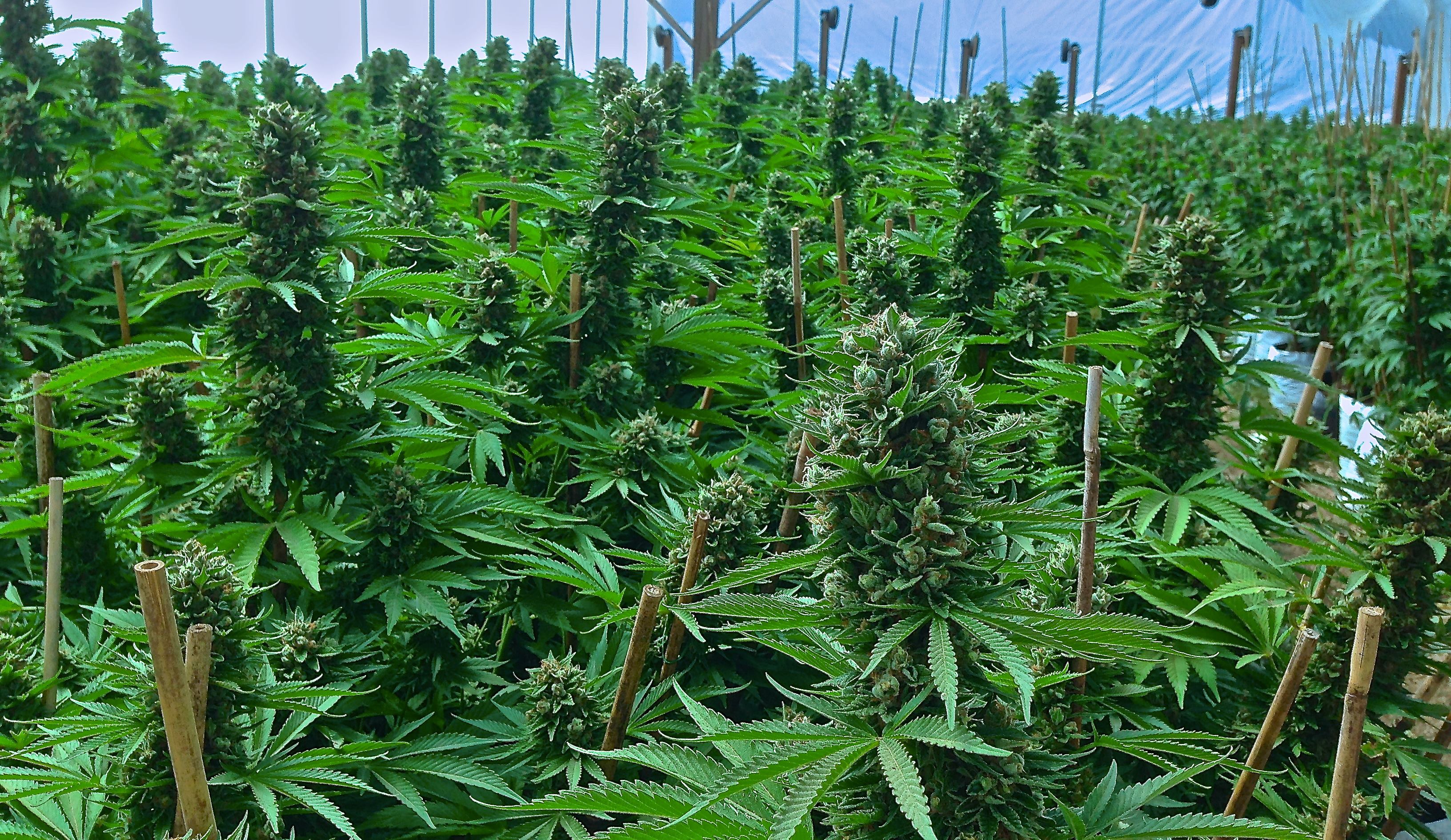 Every law has its loophole

One of the main reasons why many members of the community voted NO on Prop.64 is the fear that this new law might let large corporation in and create a context of unfair competition affecting smallholders. In principle, a 5-year transition period had been set during which small producers would be protected. Five years in which the State wouldn't issue any licenses to large-scale growers in order to give enough time to smallholders to adapt to the new regulation and become more competitive.

For this 'protection' to take effect, the California Department of Food and Agriculture, responsible for regulating the production and distribution of cannabis, released, in November, a state rule limiting a person to growing a maximum of one acre of marijuana. This way, no cultivation sites larger than 1 acre will be allowed until 2023. However, the California Growers Association claims this new regulation to have a loophole. Despite the 1-acre cap, it's possible to obtain multiple licenses to grow in small cultivation sites. Therefore, one corporation can be issued several licenses and cultivate more than 1 acre in total. A complete contridiction, once again.

Not everything is negative, though…

As breeders and as member of the Californian cannabis community, the new scenario that this regulation could bring about really concerns us. However, we've always supported cannabis regulation and transparency, and we do think that, if things are done well, a legal market could bring lots of benefits. That's why we hope that the legalization of recreational marijuana can finally remove all the stigmas that have long demonized this amazing plant as well as the people who consume it.

In financial terms, this industry is expected to be worth $7 billion, one-seventh of the amount resulting from beer consumption in California. In addition, it is helping to create many new job opportunities long awaited by many in the industry.

To comply with the standards, dispensaries have to obtain a state commercial license as well as the necessary local permits. Don't forget that, if local legislation doesn't allow it, this kind of activity is banned. Apart from those permits, they'll have to pay sales taxes to their local government, which will in turn decide where cannabis can be grown and stored. Local governments will also be responsible for the regulation of THC-containing products.

Maybe those who benefit most from this new law are the users who will now be allowed not only to grow up to 6 plants at home but also to carry up to 1 ounce (28.5 g) of weed, as long as they're over 21, of course. Smoking cannabis in public places, behind the wheel, and other non-designated smoking areas including within 300 yards of a school or in places with kids is prohibited.

What really makes Cali weed so special is precisely the way these small growers take care of it. Organic farming, care, attention and accumulated wisdom makes for a high-end product. That's why we believe protecting them is necessary. To enjoy top-quality cannabis, it's paramount to shield the parameters that have turned California into a global benchmark.

For most of these traditional producers, cannabis is their life. They put their heart and soul into taking care of it, not only to produce the most desired flowers globally, but also to make sure the ecosystem stays healthy, preventing their cultivations from negatively affecting the environment. Movements, such as the 'regenerative cannabis movement', try to integrate the plant back into a natural cycle creating a biological ¨closed loop¨ built on mutualistic and symbiotic relationships.

In this respect, big corporations have proved to be very dangerous. One only has to have a look at other industries (food industry, for example) to see how damaging their practices could be. Unfortunately, California has already gone through many ecological horrors, such as the indiscriminate harvesting of virgin redwood forests in the north or the series of fires that only a few months ago destroyed large tracts of land. Our already fragile ecosystem doesn't need another nail in the coffin.

For this very reason, we think that this new legislation must work hard to protect the environment from 'corporate predators' by implementing stronger measures to insure small farms and business thrive in a highly competitive marketplace. This will create long term diversity as well as quality of product and healthier business practices for all to be able to embrace.